Air Travel - I'd Rather Go By Car

WOW, what a surprise

Then again, you get what you pay for.

This was the airline my Indian mate recommended me for travelling to India after reading complaints about Air India's "business class". I'm glad my India trip is deferred.

This poor woman is actually having nightmares and I cant blame her. Try and imagine how horrifying that must have been.
Last edited: Jun 24, 2019

This poor woman is actually having nightmares and I cant blame here. Try and imagine how horrifying that must have been.
Click to expand...

Christ, that is hell right there

How do you pass out for that long?

Next I'm sure she'll be hitting up the provincial rail operator that she fell asleep on the train in the middle of a yard.
B

I’m so glad to have finished my work in Canada. Could not stand flying Air Canada at all.

ballmouse said:
I’m so glad to have finished my work in Canada. Could not stand flying Air Canada at all.
Click to expand...

I liked AC better for transatlantic than LH.

Of course they did.
B

Been a part of too many projects for technical work run by executives who think it's a pure arbitrage to replace talented engineers with less than minimum wage workers overseas. Always a nightmare to work and disaster in the end. And these were always multi-million dollar projects, so I never understood why a few extra thousand couldn't be afforded for local engineers who actually knew what they're doing...

All too common now with complex and opaque supply chains with no one really accepting overall control of how it all works together. Across all industries rapidly globalizing. My understanding of the IT/software industries is that most companies will outsource at least some of the development to sub-suppliers in Eastern Europe, China or India. You think you're getting the hot shot dynamic dude and his team who came to see you from London, but actually they've outsourced it straight away overseas. No difference to the rag and other trades in that respect.

In the pipe, fittings and flanges industry it is estimated that over 20% of the products on the market are fake. Here's an industry led initiative:
http://www.fight-fake.org/

From the article on Boeing it looks like they fell for the trap that Indian companies are operating at the same level of their Boeing system engineers and they could out source cheaply and effectively with no risk. Anyone's who visited the Indian Tiger can tell you it's still a caste ridden hell hole. But also looks like they've had no real skill set to deal with the globalized supply chain which remains high risk for bespoke manufacturing or R&D.

Pimpernel Smith said:
You think you're getting the hot shot dynamic dude and his team who came to see you from London,
Click to expand...

What? You mean if I get 1000 $9/hr engineers in a room I can't deliver in 2 days what 2 proper engineers would in multiple years for the same project?


Delta has apologized for the inconvenience and gave passengers $30 food vouchers while they waited in Raleigh, according to ABC News. The passengers eventually landed at around 8:30 p.m. local time.
Click to expand... 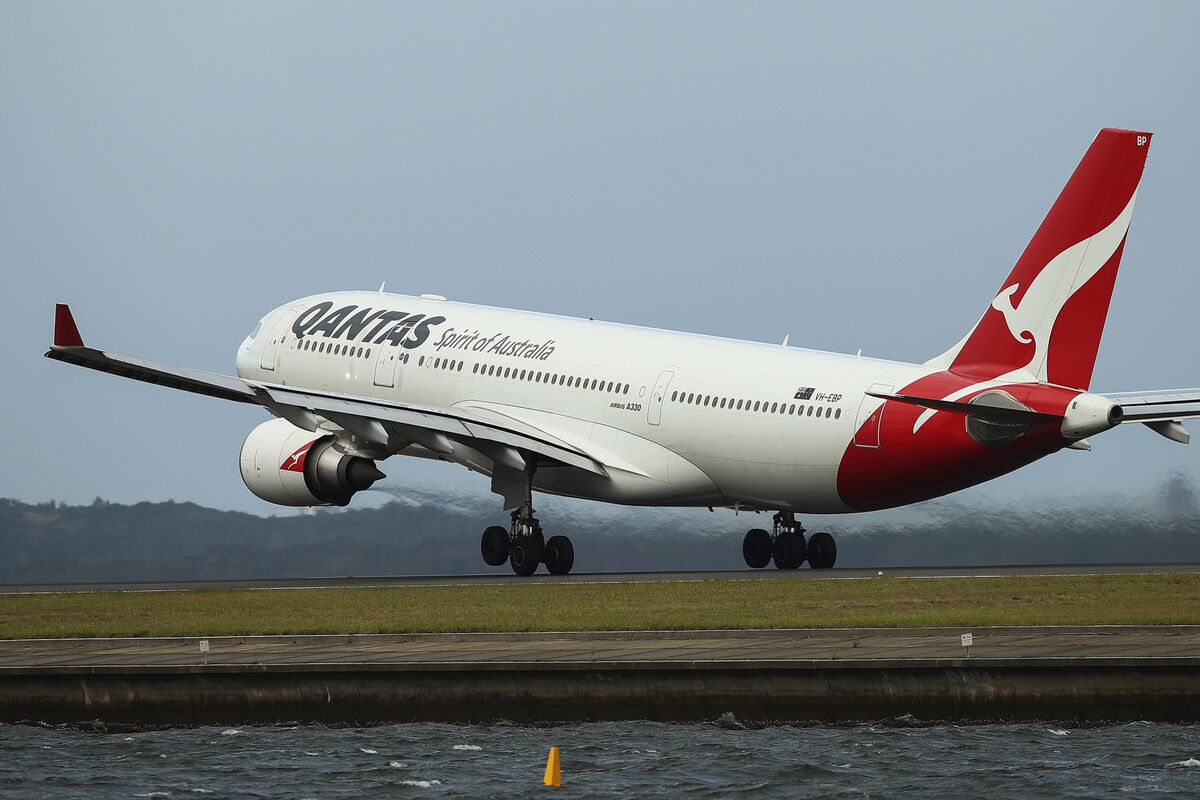 Qantas Airways Ltd. will run marathon ghost flights from New York and London to Sydney carrying just a few staff to see how the human body holds up before commercial services start.

My most recent contribution to this thread is my flight from JFK to ORF got canceled 9pm on Sunday night. Apparently Delta couldn't figure out how to get me home until Monday night so I had to rent a car and drive back from New York all through the night.

So I guess I did go by car.

How many Ks is that?

fxh said:
How many Ks is that?
Click to expand...

We got delayed coming back from Crete last May. There was a storm and our plane the speed sensors froze so they landed at the airport other side of the island. The only problem was we were already in the departure lounge and I had some duty free. They bused us to a hotel the other side of the island and we were further delayed with fallen trees. We had a couple of hours there, a room, pool, free bar and food and then we eventually had a different plane and took off from a mega busy airport at nearly midnight. We got Euros 400 each in compensation. It's obviously cheaper for the airlines to fly a new crew and plane out as it starts to become expensive when you are delayed much longer. In the end, it was quite an adventure.

The 300-passenger Stratofly MR3 would hit speeds of up to 5,400 miles an hour. Just don't expect to book a flight anytime soon.

"While the Concorde was used primarily for transatlantic flights, Stratofly would likely be reserved for longer journeys. It could zip from New York City to Sydney, Australia, in about three hours, according to the consortium, or make the trip from Los Angeles to Tokyo in about an hour and 45 minutes."

Same day commute to/from APAC. Whilst the distances are shorter, taking off during night and showing up in daytime will be a bit disturbing with such a short flight.

I wish I had done something like this when I was younger: Most days, 76-year-old Anussorn stays at home, or his driver drops him off at his favorite Thai restaurant a few hundred meters away. On Wednesdays the gentle grandpa has doctor’s appointments. But in the ‘70s, Anussorn was barrelling across Europe and the Middle East on his way from the UK to... Why ‘flight shame’ is making people swap planes for trains

The flight shame movement is about feeling accountable for your carbon footprint - but it is also about rediscovering the joy of slow travel, writes Jocelyn Timperley.

Flight shame? How will my C-suite peers in the US ever make it to the office without a plane?

Two weeks by rail to China isn't a holiday. It's akin to being a scantily clad woman walking through a crime infested neighbourhood. You're gagging for trouble.

Is airline food safe to eat? What you should know about meals served on flights

If he doesn’t want his business class booze and food I can gladly trade him my economy ticket. 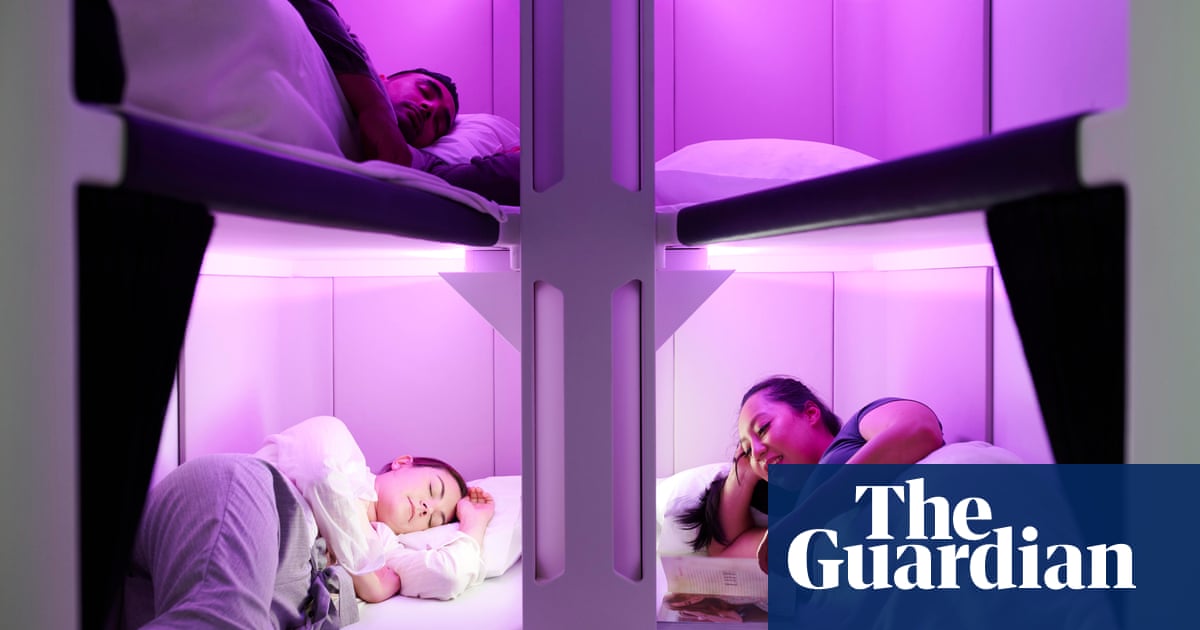 Airline which operates some of world’s longest flights is considering ‘Skynest’ sleep pods with pillows, sheets and blankets

"Air New Zealand has announced it could have flat beds in economy for some of its long-haul flights, but it will be more than a year before customers could get the chance to sleep in one of the new pod beds.

The airline said on Wednesday it had filed patent and trademark applications for what it is calling the Economy Skynest. The Skynest would contain six full-length sleep pods at 200cm long and 58cm wide each. There will be three levels of beds and two beds on each level."

Reckon there is a surcharge for this. 3 levels - what if you're in the middle of two snoring blokes. 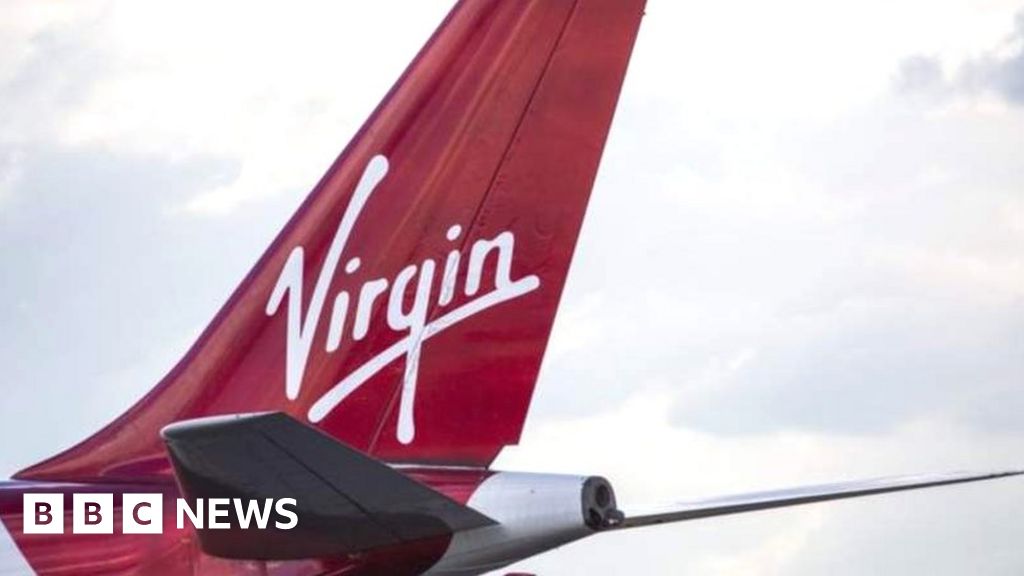 The carrier has seen a fall in bookings due to the coronavirus outbreak.
www.bbc.com

I wonder if it's worth seeing if I can use my upgrade credits.

JetBlue will require passengers to wear masks, other airlines will provide them for travelers

American Airlines will require flight attendants wear face masks and will provide passengers with them because of concerns about coronavirus.

It looks like I won't be flying for awhile even if they extend my status.

JetBlue will require passengers to wear masks, other airlines will provide them for travelers

American Airlines will require flight attendants wear face masks and will provide passengers with them because of concerns about coronavirus.

It looks like I won't be flying for awhile even if they extend my status.
Click to expand...

Global business travel isn't going to return anytime soon. So too, long haul flights to exotic vacation locations. Who can afford to get lock downed in a 5 star paradise for the duration? The biggest hit I reckon the mega-cruise line ships.

We aren't about to let any fuckers, from USA especially, in anytime soon 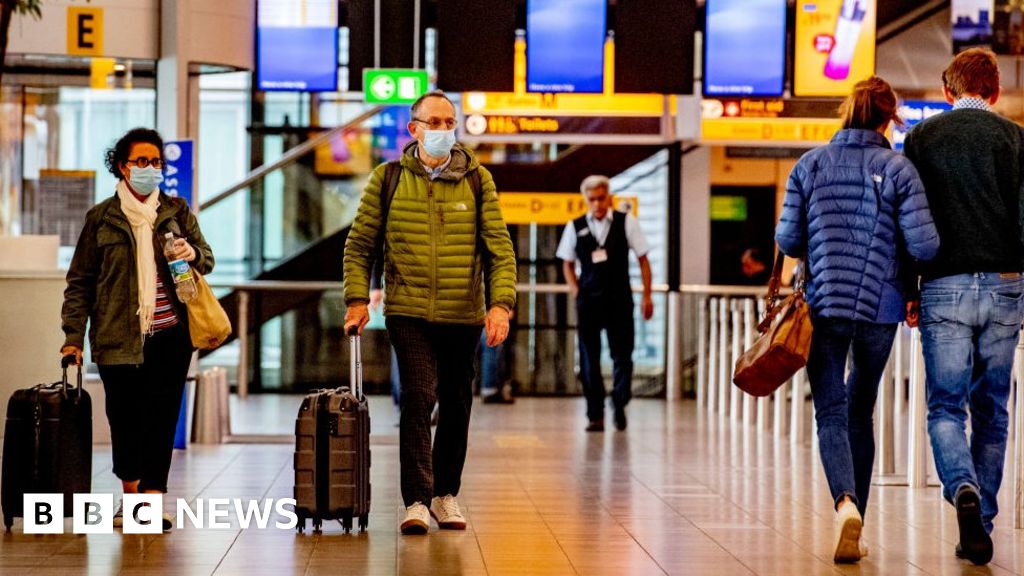 Some airlines are now making it compulsory for travellers to put on masks when they resume travel.
www.bbc.com

"From Monday, US carrier Delta said it requires passengers to wear a mask or other face covering in the check-in area, premium lounges, boarding gate areas and onboard planes for the whole flight."

In the lounge too? What's the point of going to a lounge if you're going to be wrapped up like the bad guy from The Mummy?

Higher fares, longer waits, no booze: How coronavirus will change the way we fly

One airline is encouraging customers to bring their own food in order to "reduce physical touch points between customers and employees."

No booze on airplanes? How are we supposed to calm our nerves and pass the time?

Higher fares, longer waits, no booze: How coronavirus will change the way we fly

One airline is encouraging customers to bring their own food in order to "reduce physical touch points between customers and employees."

No booze on airplanes? How are we supposed to calm our nerves and pass the time?
Click to expand...

That's rather disturbing, but I think flights will end up being mega-expensive for quite sometime. I'm not concerning myself with business or holiday flights for the next 18 months I reckon.

Pimpernel Smith said:
That's rather disturbing, but I think flights will end up being mega-expensive for quite sometime. I'm not concerning myself with business or holiday flights for the next 18 months I reckon.
Click to expand...

Smart move. Flying got us into this mess.

I’m going to try to get a full cash refund on two sets of cancelled family vacation flights that are currently just credits. I don’t see us flying anywhere in the next year and I suspect those eight return flights are only going to be worth about two flights soon.

More than 30% of civilian pilots in Pakistan have fake licenses and are not qualified to fly, the country's aviation minister revealed Wednesday.

In case you want to hop on a Pakistan International Airlines plane...

It’s been approximately 12 million years since most of us last used a floppy disk, but apparently, the antiquated tech still plays a critical role in delivering software updates to Boeing’s 747-400 planes.
gizmodo.com 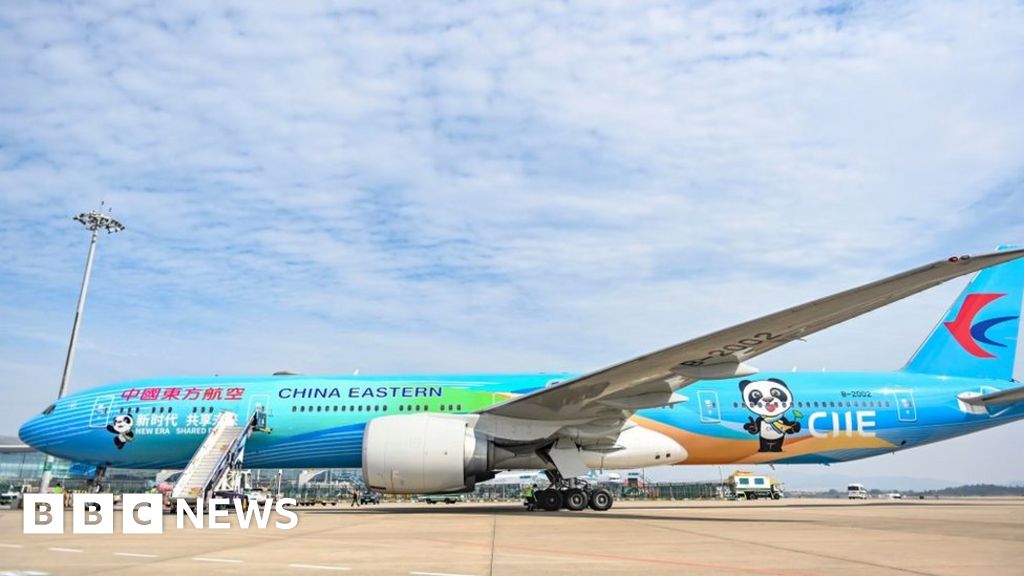 Customers may be dissuaded from choosing this airline for long haul flights.

Customers may be dissuaded from choosing this airline for long haul flights.
Click to expand...

I've flow one of the Chinese airlines from Shanghai to Beijing. Not great, got the bullet train back that was much more conducive.
You must log in or register to reply here.
Share:
Reddit Pinterest Tumblr WhatsApp Email Share Link
Top Bottom