I remember Kisner on day two. Yeah he fell heavily. It's alright. In the next major someone will big up Spieth and say it's McIlroy's next come back - Oh wait he is injured.

You also have the 'when will Speith/McIroy get a full set of majors?' speculation.

Plus 'when will an Asian man win a major?'. Vijay apparently doesn't count. Probably mean oriental not Asian.

Cheers - runner up to the best bedside manners of 2017.

Fwiffo said:
Cheers - runner up to the best bedside manners of 2017.
Click to expand...

Tiger is a tool. Failure be upon him

Was watching him last night...

doghouse said:
It was obvious to anyone watching. He was wasn't a long drive specialist. When he started trying to crank 300 yarders, the torque was unsustainable. These kids these day are gonna flame out for the same reason.
Click to expand...

They are not using persimmon drivers these days. Much better clubs and balls improved too. That is why courses had to be lengthened.

Anyone watching the Masters?

Reed is a fat bloke.

Not very likeable either. https://www.theguardian.com/sport/blog/2018/apr/08/captain-america-patrick-reed-masters

Fowler deserves a major despite the horrible clothes he wears.

Obviously I was cheering for Tiger. Best showing for him in a long time.

The Italian was so impassive. Not like the stereotype emotional, excitable type. Kisner was also impassive.

Rory, or the Italian or Tiger would be my favourites. I also felt a bit sorry for Xander Shuffly or whatever he is called.

"Some of the younger players, like Jordan Speith, will have had a first real glimpse of the 'Tiger effect' yesterday and it probably got to him. There were literally a few handfuls of spectators following the final two groups in a Major, I was on 13 and there was NOBODY standing behind the tee box when Speith and Schauffele teed off."

Tiger Woods magic again this past Sunday. Shooting 64 was his lowest in a major at age 42.

My uncle used to beat a number of the top aussie pro golfers back in the 70's including Bob Shearer. He could have went pro, but he used to drink too much and would have wanted beers on the golf course. He was the no.1 in the state and was always in the papers, yet no mention of him on the internet at all.

My uncle once got a hole in 1 (according to his daughter who claims to have witnessed it).

My uncle once got 15 under par on a beach golf course after 18 holes. Anyone who knew him is not really surprised to hear that.

My uncle was an amazing golfer, and everyone used to be wowed by how good he was. I remember him once playing drunk after about 30 cans of beer, he still drove that ball over 300 meters dead straight. He was a top tennis player, a top golfer and a world champion beer drinker.

fxh I suppose you used to see him next door to your place drinking a beer. He was the guy with the beer gut and the ford falcon ....he used to drink with your uncle at the pub.
Last edited: Aug 13, 2018

Fwiffo said:
Tiger Woods magic again this past Sunday. Shooting 64 was his lowest in a major at age 42.
Click to expand...

Yes, something of a revival for him in the past two majors. We don’t see USPGA on UK terrestrial TV. Highlights of Open and Masters only. Test cricket (England two up in the series against India), first weekend of Premier League and European Athletics eclipsed it on the sports pages.

Fwiffo said:
Tiger Woods magic again this past Sunday. Shooting 64 was his lowest in a major at age 42.
Click to expand...

My barber was asking me who was in the lead...

"Woods has the 54-hole lead for the first time since his last victory in 2013 at the Bridgestone Invitational. He has never lost an official tournament when leading by more than two shots going into the final round, and his closing record with the lead is 42-2 on the PGA Tour."

"'It’s a little more unknown now,” Rose said. 'Obviously, his history, his statistics from this point are impeccable. They’re incredible. But he’s human, and there’s a lot on it for him tomorrow, as well as the rest of us.'"

Tiger Woods one back after the second round of The Masters.

It would be nice if the winner had a proper name - not Brooks, or Bryson, or Bubba.

Genuine foreigners get a pass. Francisco or Sergio is acceptable.

Tee off times moved up and Tiger two back.

Molinari and everyone just collapsed in the last couple of holes when Tiger moved ahead by 1.

Fwiffo said:
Molinari and everyone just collapsed in the last couple of holes when Tiger moved ahead by 1.
Click to expand...

Nerves play a part in the last nine holes. Tiger maintained a ‘game face’ until the final putt went in.

BBC main news lead on the golf story. Not just in the sports report either.

Patrick Reed looked uncomfortable presenting the green jacket to Tiger. No handshake or congratulations from him either. He was outta there as soon as possible.

Kingstonian said:
Nerves play a part in the last nine holes. Tiger maintained a ‘game face’ until the final putt went in.

BBC main news lead on the golf story. Not just in the sports report either.
Click to expand...

Molinari and Finau were affected for sure. I was just surprised the groups in front were affected - Koepka missing that birdie, Cantlay and Schauffele who had surges and just petered out in the end. Looking at the putting of the last 4 holes it was tense and sometimes panicky. 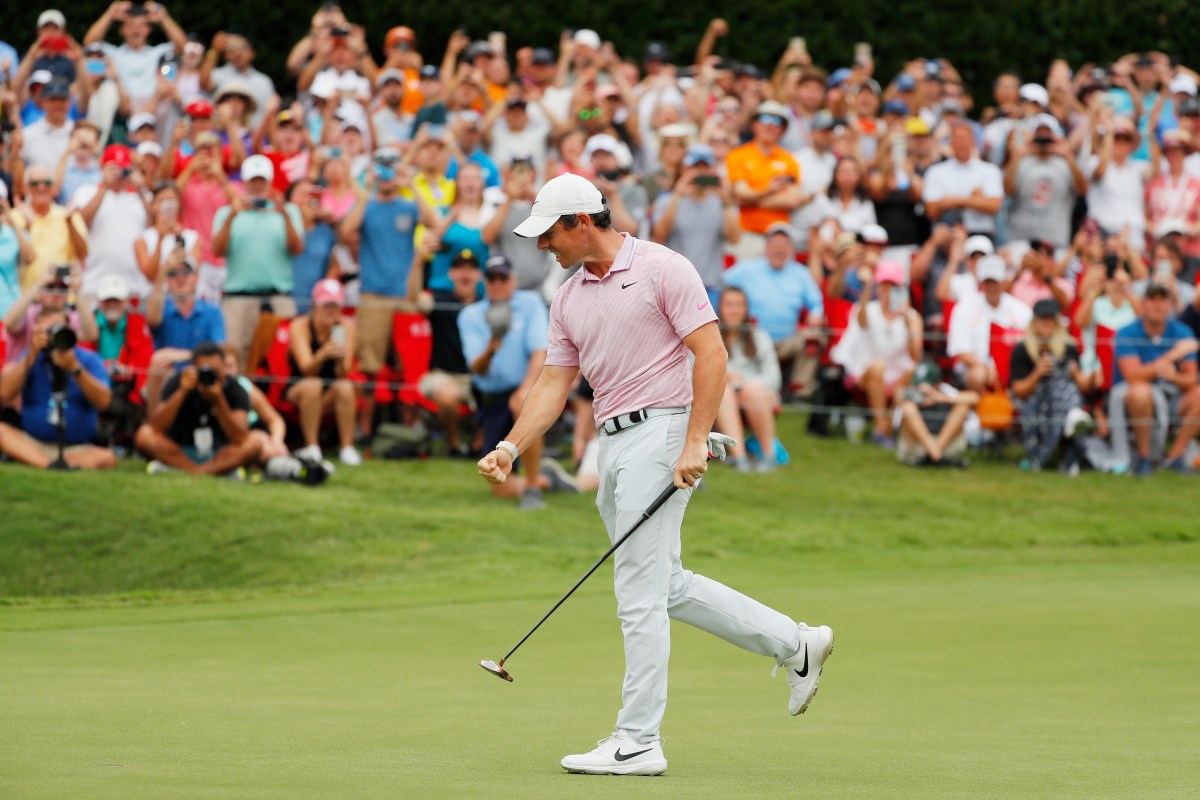 ATLANTA — Rory McIlroy captured the biggest cash payout in golf history Sunday when he surged past Brooks Koepka in the final round at East Lake to win the FedEx Cup and its $15 million prize. One … 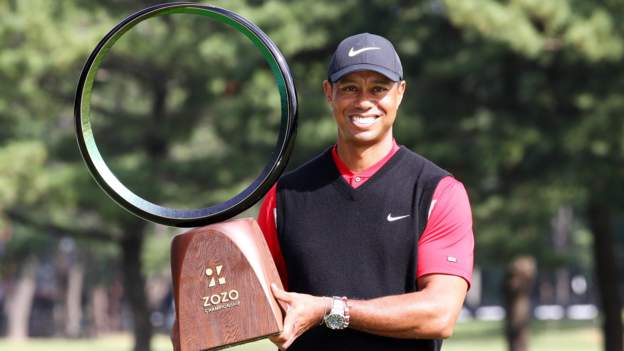 Tiger Woods wins the Zozo Championship in Japan to equal Sam Snead's record of 82 wins on the PGA Tour.