This week it was proven that PC will absolutely get people killed.
The comments that became a reporter's death sentence

“We would say stuff like, ‘The reporter’s out in the field.’ And he would look at us and say, ‘What are you saying, cotton fields? That’s racist,’ ” Fair recounted.

“We’d be like, ‘What?’ We all know what that means, but he took it as cotton fields, and therefore we’re all racists.”

“This guy was a nightmare,” Fair said. “Management’s worst nightmare.”

Flanagan assumed everything was a jab at his race, even when a manager brought in watermelon for all employees.

“Of course, he thought that was racist. He was like, ‘You’re doing that because of me.’ No, the general manager brought in watermelon for the entire news team. He’s like, ‘Nope, this is out for me. You guys are calling me out because I’m black.’ ”

Flanagan even declared that 7-Eleven was racist because it sold watermelon-flavored Slurpees.
Click to expand...

Russell Street said:
This week it was proven that PC will absolutely get people killed.
The comments that became a reporter's death sentence
Click to expand...

In fairness, it's not PC to bring watermelon anywhere where there could be black people. You're just asking for a NAACP flash protest.

Is America Too PC? - Rasmussen Reports™

A new Rasmussen Reports national telephone survey finds that 71% of American Adults think political correctness is a problem in America today, while only 18% disagree. Ten percent (10%) are undecided.
Click to expand...

OfficePants said:
In fairness, it's not PC to bring watermelon anywhere where there could be black people. You're just asking for a NAACP flash protest.
Click to expand...

The lack of chicken being served with the watermelon weakens the racist accusations. Or perhaps it speaks to the lack of proper education of modern racists.

True story - I bring watermelon and friend chicken to all my organization's potluck lunches.

Did you get the recipes from Yarbird?

Russell Street said:
So if a police chief goes on his personal thefacebook page and makes some common sense points about the terrorist group Black Lives Matter and its origins, he must be fired.
'Black Lives Matter' post leads to police chief's retirement
Click to expand...

You can't make it up.

Cuban's right, the kid was a dope. Also, his dad had a history of activism.

#1 wtf is Mark Cuban doing talking to this kid?

#2 this idiot kid did this bullshit intentionally

#3 it was still just a clock

#4 I know someone saw thru this before it escalated

I thought "ze" was for "ze Germans". I wonder how languages with masculine and feminine words will cope. Can't believe Harvard made a change.

OfficePants said:
#2 this idiot kid did this bullshit intentionally
Click to expand...

I must agree. My understanding is that he repeatedly said "it's a clock" instead of adding, like any normal human being, that it was a school project for another class, whose teacher was in the building and could immediately confirm. This was a set-up.

I seriously think the vestigial laurels of such institutions will be shed soon and crackpot organizations that go along with this fad will be properly discredited laughing stocks.

Since Brutlyn is still pre-op in the nether regions, I was wondering if hen wanks on hen's Espy Award?!

I thought "ze" was for "ze Germans". I wonder how languages with masculine and feminine words will cope. Can't believe Harvard made a change.
Click to expand...

I believe Ze is Spanish for Joe.

OfficePants will enjoy this one

How is old muppet looking hag still in charge of anything?

Arnathor said:
How is old muppet looking hag still in charge of anything?
Click to expand...

She gets her husband the military contracts and his company gives her the financial support for her election campaigns. Or whatever came first.
A clear "win-win" situation.
Last edited: Sep 26, 2015

Resucistiating this thread since I didn't want to start a new one.

I thought I escaped this when I left Georgia. It is a politically correct way to say it instead of you guys.

Of course BBC missed the mark. They like to say all y'all - which is even more confusing if I have to think what the contraction stands for. 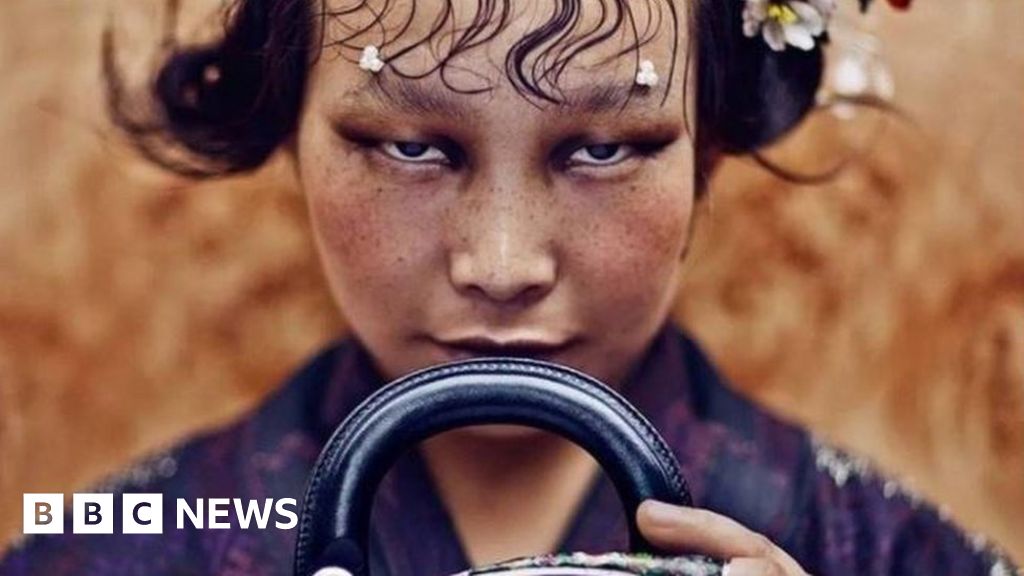 Some Chinese netizens found her photo insulting and racist as it showed a woman with small eyes.
www.bbc.com

Some Asians have small eyes. Are we supposed to only photograph Asians with big eyes? Indians with light skin? Black people who don't use a hair straightener?
C