Sorry, but The Flash actor is just wrong. And yes, Cyborg looks plasticy...

I don't know whether that King Arthur movie is going to be great, or absolute, unmitigated rubbish.

They've managed to assemble a good cast, but the plot seems rather "meh" and the special effects and creatures all seem to have been borrowed directly from the Lord of the Rings movies.

Journeyman said:
I don't know whether that King Arthur movie is going to be great, or absolute, unmitigated rubbish.

They've managed to assemble a good cast, but the plot seems rather "meh" and the special effects and creatures all seem to have been borrowed directly from the Lord of the Rings movies.
Click to expand...

Reminds me I should watch Excalibur again.

Thruth said:
Reminds me I should watch Excalibur again.
Click to expand...

You watched Bojack Horseman yet?

Excalibur was a beautiful mess. What is this Bojack Horseman you speak of?

Thruth said:
Excalibur was a beautiful mess. What is this Bojack Horseman you speak of?
Click to expand...

Monkeyface hipped me to it. I think you'd enjoy it

Rambo said:
it's on Netflix.

Monkeyface hipped me to it. I think you'd enjoy it
Click to expand...

Will maybe check it out. Never watch Netflix

Thruth said:
Will maybe check it out. Never watch Netflix
Click to expand...

you can download it from the torrents as well. the first two seasons are available on dvd

Rambo said:
you can download it from the torrents as well. the first two seasons are available on dvd
Click to expand...

Loads of streaming websites if that's your thing. One click is all it takes, and quality is decent enough. Speaking of Tag's...we all know the Rolex GMT BLNR is the Batman watch, perhaps this Tag could be the Wraith watch? Because he looks like a weak hipster? The suit is terrible as well.

I don't get a hipster vibe at all. Also like they didn't cast a super jacked dude as muscle mass is irrelevant to his power set.

He looks as fey as a totebag

Thruth said:
He looks as fey as a totebag
Click to expand...

Rambo said:
Surely not a

Can't wait for the next installment of The Goofy Adventures of Handy Dandy Man! 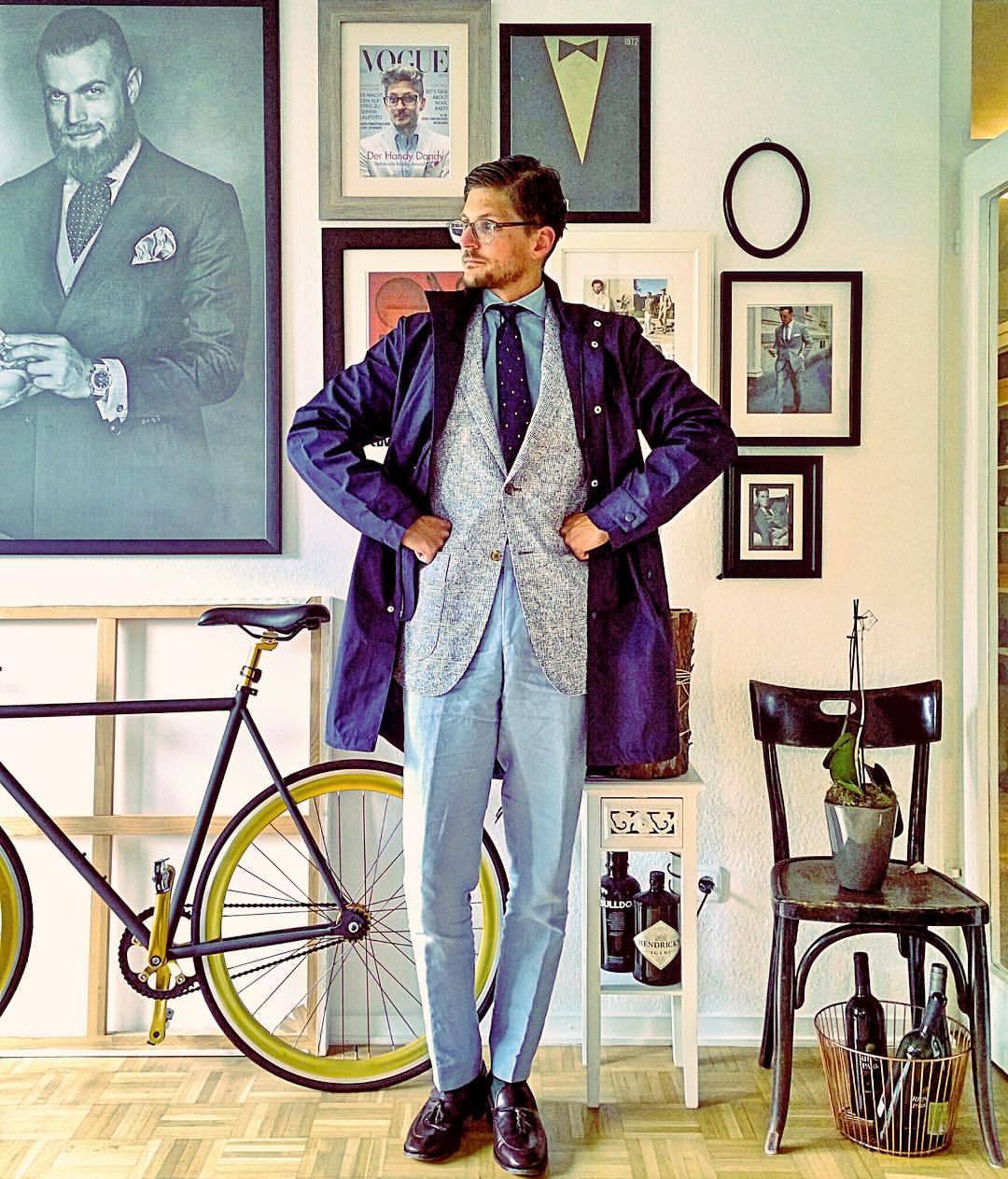 Suicide Squad: Unleash Hell, Don’t Ask Questions
With too many characters, and little to justify their existence, the DC Universe is an ever-expanding world of senseless, plotless mayhem.
BY WILL LEITCH
August 3, 2016


If you’re going to make an entire movie about the United States government deciding to release a loose selection of murderous psychopaths into the wild, you should probably come up with a good goddamned reason for them to do so. There are many problems with Suicide Squad, all of which unwind from the fundamental fact that the movie is so half-assed, it never even bothers to justify why all these terrible bad guys are together in the first place. The movie opens with a twenty-minute sequence in which a shady government honcho (Viola Davis) introduces each individual villain in front of a large table of skeptical looking military men. Suicide Squad spins off from the events of Batman v. Superman, with Davis’ character deciding that in a Superman-less universe, we need a supergroup of villains to protect us. The military brass can’t figure out why she would propose bringing them together and releasing them into the wild, a bafflement that doesn’t stop them from going ahead and letting her do it anyway. Hell breaks loose immediately. The only mission the Suicide Squad undertakes is to attempt to fix the mess that began when they were released. Still, no one stops to think, “Man, this was a horrible idea.” No one even nods to it. We’re just off and running, from one nonsensical plot point to another. The movie’s middle third is a Marx brothers routine of dipshit plotting, with everyone running around screaming for 45 minutes only end up right back where they started. Suicide Squadmovie runs in circles, chasing its own nonexistent tail.


A movie like this—one more interested in sensation and fanboy wankery than a coherent story—is always going to have some plot holes here or there. But the problem withSuicide Squad is that its haphazard storytelling decisions are indicative of the total lack of a steady hand on the tiller. It is astounding, when you think about it: Warner Bros and DC are attempting to build an entire DC Universe, multiple movies with countless characters and intersecting storylines, without at least laying down the basic trackwork of a justifying plot. They really are just winging this. Marvel has had enough trouble integrating its ever-widening universe into a manageable set of movies, but they’ve thought all this through. The DC Universe, as set down by Zach Snyder in his ruthless and deadeningBatman v. Superman, doesn’t bother: It just bludgeons you, over and over, before walking absent-mindedly off a cliff. These two-hour-plus monoliths are such complicated machines, they both need to spin off from previous films and also construct whole planets for future films. But the filmmakers of the DC Universe treat them like a child banging rocks together. The result thus shouldn’t be surprising: A cacophonic, senseless disaster.

Suicide Squad is an assortment of monsters led by Deadshot (Will Smith), an assassin who loves killing as much as he loves his estranged daughter, and Harley Quinn (Margot Robbie) a former protégé of The Joker now locked away and tormenting her captors. There’s also a part-crocodile-part-man, a character whose only trait is being Australian, a former gang member who discovers he has pyrotechnic powers, and one guy who gets killed before we get a chance to learn his powers, I’m sure they were awesome. They’re led by a military commando (Joel Kinnaman) who is love with an evil witch named Enchantress, who complicates his repeated attempts to wrangle the team together. If that weren’t enough, there’s the Joker (Jared Leto) skulking around, trying to rescue Quinn and sow whatever chaos he can. Oh, and Batman! He’s there too. The movie is so overstuffed with new characters that there’s not only not enough room for all of then, there’s not even any room for plot. By the time we’ve met everyone and moved them from one point to another, the movie’s almost over. The big set piece at the end isn’t so much a logical endpoint of the movie as it is something to do now that we finally have everyone together in the same place.

Warner Bros and DC are attempting to build an entire universe without at least laying down the basic trackwork of a justifying plot.
Writer-director David Ayer is a skilled constructor of brawny, masculine dude-bro films including End of Watch andFury. Theoretically, he should work in this universe: Ayer makes war films, where disparate groups of people come together to fight a common enemy. But he is completely overwhelmed by his surroundings here. The movie essentially runs in place for two hours, with occasional flashbacks to give us shards of backstory. Characters change their motivation mid-scene, giving the film a shifting, confused landscape, unable to cater to the fan fiction these characters were designed to satisfy. I really don’t want to understate this: Suicide Squad has honestly one of the most nonsensical plots I’ve ever seen in a movie. It’s impossible to figure out where characters are, where they’re going, what their objective is. These are simple problems to solve, but the movie doesn’t bother. You’ve got hundreds of millions of dollars on the line and this is what you came up with?


Suicide Squad isn’t the endless slog that Batman v. Superman was, if only because it allows its charismatic actors to occasionally smile and charm. Harley Quinn is a ridiculous sexist stereotype—a beautiful psychiatrist seduced to insanity by the madness of the Joker, now sucking lollipops and wearing tight-cut “Daddy’s Little Monster” T-shirts—but Robbie, defying the laws of gravity, somehow finds a soul deep beneath the grotesquerie. She continues her impressive run of being the best part of lousy movies. Will Smith seems to be relishing playing a ruthless killer, albeit one with a daughter he can’t live without; it’s a relief to see him unleashing his movie star power rather than tamping it down. Jay Hernandez has some good moments too as the flame-thrower El Diablo, coming as close as anyone can to giving this movie a heart.

But my, oh my, Jared Leto. His Joker is a nightmare—in a bad way. His lame poses and frantic giggling are meant to convey madness, but they more accurately convey the nervousness of a man who realizes his performance isn’t working, and there’s no one there to stop or help him. This is precisely what happened to Jesse Eisenberg inBatman v. Superman, but Eisenberg had the advantage of not having to pivot off one of the greatest villain performances of all-time. After Heath Ledger’s leap into the void as The Joker in The Dark Knight, Leto’s Joker, like everything else in this movie, seems poorly thought through, empty schtick meant to impersonate an actual character. It’s a deeply embarrassing performance, but if you’re playing The Joker after Ledger, you’re sort of asking for it. But that’s the problem with Suicide Squad: Everyone started making a movie before they really knew what they were doing. You need adults in charge, and there are no adults in charge here. The result is, yet again, a total shitshow.

Despite the constantly bad reviews the studio will rake in a lot of money with Suicide Squad!

Finally got around to watch the Batman vs. Superman movie.
Wasn't as bad as the reviews made me believe it would be.
Granted, Jesse Eisenberg as Lex Luthor sucked big time and I eventually skipped those parts.
Ben Affleck made a surprisingly good Batman, his physical appearance is pretty close to the character in the comic and the animated versions (tall with broad, square shoulders).
Gal Gadot was good as Wonder Woman, too.
The CGI, however, despite most scenes playing in the dark, was borderline awful.

Somehow, out of all the latest Superhero movies, be it Iron Man, Superman, Batman, Avengers and such, Deadpool is the one I still enjoy watching repeatedly.

Yes, it got lukewarm critic reviews, but I like it a lot! The new Gotham season is great so far as well

God. . . If the trailers are anything to go by, the dialogue on this is as 'ropy' as the first Star Wars movie, to borrow a word from Sir Alec Guinness.

this looks so fucking dumb