:truestory-90: I sure wish Torres could honestly recover form and become a terror again. He was so good.

You're not the only one who wishes he would get his form back. 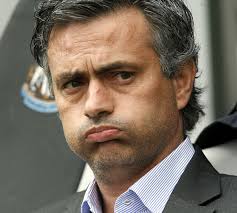 I bet Torres doesn't survive the summer at Chelsea.

Anyone else want to start a petition for Abby Wambach to play for the USMensNT?

Holy freaking cow. And so hot.

I felt bad for Buffon today. Brazil were deserving though.

Sad to see Japan crash out. Were they not the first country to qualify for the World Cup?

Nigeria needs to finish. They had some golden chances today to keep the game competitive with Spain.

Was hoping so bad that Uruguay could knock off Brazil today. Neymar is joining a very appropriate team with his flop performance today.

Schürrle to Chelsea. Tévez to Juventus. Navas to City. Isco to Madrid.

Ancelotti signs w/ RM too. Maybe Kaká still has a place? Higuaín to Arsenal all but done apparently (still say it's a big mistake, and maybe Carlo can convince him to stay and get rid of the real plague - Childrapist Benzema).

Immensely entertaining 1st half of Spain/Italy. Italy really taking it to the Spanish defense, and Pirlo like a boss.

Brasil are playing like men who are possessed. That was a great goal at 44' from Neymar. I haven't seen Spain reeling for awhile.

Had to avoid the Internet today until I saw the TiVo'd final. Holy crap. What a thrashing Spain got. Straight laid over Brazil's lap and took a spanking.

Although let's be honest. Spain plays Barça ball, only without Messi. This last season, elite teams unlocked the Barça equation, so should it have really been a shock to see both Italy and Brazil do the same?

I don't want to discredit Brazil's fantastic performance, but Spain had it coming since the Euros last year. Spain have no true striker and no Plan B for when the tiki-taka fails.

Juventus are silently putting together a CL-quality team.

Tevez and now Fernando Llorente as a striker partnership while offloading Bedtner. Hallelujah.

Also Mario Götze with a major gaff while signing for an Adidas club... 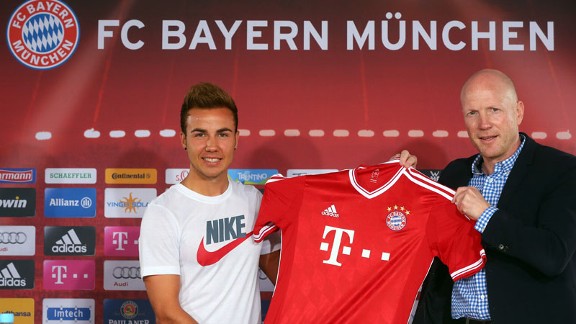 While not spectacular (or even good) by any means, it's still not as bad as their away kit this year. Liverpool 3rd.

Fulham have also gone over to Adidas:

ACMilan Away (Adidas is really going all out with this "Chevron" design along the neckline. Spain, Fulham, now Milan)

I wondered what was going on last night down by the stadium. Looks like Chivas and America fans got into a massive brawl during an exhibition.

Messi bolts on his own charity match, leaving fans who paid 2k+ a ticket for meet/greet afterwards in the dust.

July 6, 2013
By Associated Press
CHICAGO -- Lionel Messi gave fans a show with four goals to lead his all-star team to a 9-6 victory in Saturday night's Messi & Friends vs. the Rest of the World soccer exhibition.
Messi played into the 69th minute and left the game to a mixture of cheers and boos from the 25,000 fans at Soldier Field.
The game was the only U.S. appearance in a series of fundraisers for Messi-affiliated charities.
Originally a four-game series, two games were played in South America, but Wednesday's contest in Los Angeles was canceled after Messi declined to play in a dispute with promoters.
The game was to feature up to 35 international stars, but attracted half that. Nine former Northwestern University players helped filled out the rosters.
Former Wildcats forward Matt Eliason had the game's most dramatic goal, scoring on a bicycle kick in the 20th minute.
Click to expand...


This after previously cancelling the LA match and having loads of "friends" drop out of the series. And a tax scandal. Scary PR summer for Lio.

I thought these fixtures were for retired players like Zidane.

TBH, beyond the USA winning all, doesn't matter to me how it happens. Always nice when México loses though.

David Villa to Atlético Madrid.
Mario Gomez to Fiorentina.
Cavani close to PSG (if reports are to be believed) and
Ancelotti wants to keep Higuaín :mercury-53:

How does Wenger think he would manage the racist/cannibal?

Would be a total shot in the foot to both club and player. Arsenal for wanting him, and Súarez because he's already said his desired move is prompted by a "demonizing" English media.

Well, the English media is the same media be it in London or Liverpool.

Transfer market continues to churn, but the big news today is that Tito has stepped down as Barça coach. Catalán club is having some serious issues this summer.

Winning the league was a pyrrhic victory for Barcelona in my opinion. Since their playing style got exposed in Champions League, I reckon they will need some management change anyway. I doubt Bayern Munich will be playing pure tiki-taka next season.

At the rate Barça are getting rid of players this summer, they'll only have an XI by the end of the summer. Their roster is so thin, I can't believe they're not doing anything about it. With Puyol again under the surgical knife, they have 1 true centerback.

This is the ironic part. They are buying young players like Neymar. What happened to their much vaunted academy?

Fwiffo said:
This is the ironic part. They are buying young players like Neymar. What happened to their much vaunted academy?
Click to expand...

Will finally have to start following Serie A

Blatter has all but confirmed a Winter World Cup for 2022 in Qatar.

El Argentino said:
Blatter has all but confirmed a Winter World Cup for 2022 in Qatar.

Brek Shea is with Stoke? Just read it from the US winning Gold Cup story.

Brek shea has to be the worst name combination ever.

Yes, but he'd been injured through the 2nd half of the year. He ws back to fitness right for the cup. And proved to be a super sub - scoring within 5 minutes or so of coming on in the Panama and Honduras games.

I read that. Why is Dempsey coming to MLS? He's still got a few years in top tier football. I remember it was just yesterday he was top scorer for Fulham. Honestly I think the US has the strategy right - keep sending top prospects to get experience overseas.

I don't understand the Dempsey move beyond Clint looking for a payday. He'll get time playing alongside Eddie Johnson, and with the acquisition of Soldado and Spurs continued retention of Bale, he wouldn't be getting so much time on pitch in London leading up to a World Cup year. Not sure what's up. Plenty of clubs in Europe could still benefit from the guy.

Maybe I'm selling MLS short, but I don't think so.

Few things are legitimately side-splitting. This is.

He might not have to deal with playoffs but he sure as hell would be mortified by the concept of relegation. Oh and the fact that there are no first round draft picks to save under performing teams.

USA with a big win over Bosnia. Great hattrick by an on-fire Altidore.

Transfer window getting ready to close up. Arsenal still without any worthwhile signing to speak of after Luis Gustavo chooses FREAKING WOLFSBURG over the London club.

Liverpool and Suárez play together nicely

and possibly snag Willian from a quickly-deconstructing Anzhi.

Grand Potentate I am glad the smilies are back.

They've been back for a while now.