Anyone getting the new Kingdom Rush Frontiers today???

I own a console solely to play FIFA. I'm currently debating between the XBox One and PS4. Was bummed that initial FIFA14 previews only showed 360 and PS3 gameplay, but I've renewed hope that E3 will have some new info.

EDIT: Welp, after that post above by Lonestar, looks like I'll be converting to PS4 from the 360.

El Argentino said:
I own a console solely to play FIFA. I'm currently debating between the XBox One and PS4. Was bummed that initial FIFA14 previews only showed 360 and PS3 gameplay, but I've renewed hope that E3 will have some new info.


Lonestar would LOVE to tell you about all the reasons you should switch from Microsoft to Sony. Wouldn't you, Lonestar?

What is going on here with MSFT?


The entire premise of this article is that Microsoft will "win" because Xbox players are too stupidly loyal to change consoles, and that they are willing to put up with anything in order to buy an Xbox.
Click to expand...

Au contraire. If PS4 is cheaper, I will switch no doubt.

Why is it that as technology gets better and better, companies want to find ways to make it more and more exclusive and restricted? WTF is this crap about not being able to play the previous generation's games? WTF is this about not owning the game, but simply a license verified by an e-connection? This is all complete bullshit. (Pardon me, not being one to swear, but seriously. BULL SHIT. EXCREMENT FROM A BULL'S ANUS)

I never pay for Xbox live gold. I'm a casual gamer who couldn't give a rat's ass about what other people are doing. I just want to kick back with my team and play some football to unwind after work. IS THAT TOO MUCH TO FREAKING ASK?

I know - but you introduce a feature like that, and you can't reneg on it.

III said:
It could look like a pig cock and it would still outsell the Xbox One.
Click to expand...

For sure. As a one-franchise man, I will gladly switch consoles for $100 less and all that jazz. Goodbye Microsoft.

III said:
As far as I know, all the benefits of the membership cards were buried with Steve Jobs.

Where was the thread about the Apple presser earlier yesterday? Hmm? It seems that your allegiance may be waning.
Click to expand...

Check out the disparity here:

III said:
I'm glad that there's someplace for irrational people to congregate safely. I was worried they were all wandering around in traffic.
Click to expand...

I KNEW you guys would enjoy that

III is on absolute fire in this thread. :applause:

You wanna go WAY back? We talking Zelda? Or Donkey Kong?

Apparently, the guy who wrote the Bioshock games will be writing the Logan's Run remake.

Ah, my bad. Missed that.

Last week at E3, the excitement, creativity and future of our industry was on display for a global audience.

For us, the future comes in the form of Xbox One, a system designed to be the best place to play games this year and for many years to come. As is our heritage with Xbox, we designed a system that could take full advantage of advances in technology in order to deliver a breakthrough in game play and entertainment. We imagined a new set of benefits such as easier roaming, family sharing, and new ways to try and buy games. We believe in the benefits of a connected, digital future.

Since unveiling our plans for Xbox One, my team and I have heard directly from many of you, read your comments and listened to your feedback. I would like to take the opportunity today to thank you for your assistance in helping us to reshape the future of Xbox One.

You told us how much you loved the flexibility you have today with games delivered on disc. The ability to lend, share, and resell these games at your discretion is of incredible importance to you. Also important to you is the freedom to play offline, for any length of time, anywhere in the world.

So, today I am announcing the following changes to Xbox One and how you can play, share, lend, and resell your games exactly as you do today on Xbox 360. Here is what that means:

In addition to buying a disc from a retailer, you can also download games from Xbox Live on day of release. If you choose to download your games, you will be able to play them offline just like you do today. Xbox One games will be playable on any Xbox One console -- there will be no regional restrictions.
These changes will impact some of the scenarios we previously announced for Xbox One. The sharing of games will work as it does today, you will simply share the disc. Downloaded titles cannot be shared or resold. Also, similar to today, playing disc based games will require that the disc be in the tray.
We appreciate your passion, support and willingness to challenge the assumptions of digital licensing and connectivity. While we believe that the majority of people will play games online and access the cloud for both games and entertainment, we will give consumers the choice of both physical and digital content. We have listened and we have heard loud and clear from your feedback that you want the best of both worlds.
Thank you again for your candid feedback. Our team remains committed to listening, taking feedback and delivering a great product for you later this year.
Click to expand...

III said:
Everyone please kindly ignore the last two pages of this thread, it is now moot.
Click to expand...


Lol. I was thinking the same thing. Also, someone might need to call Lonestar. He seems to be taking this all too easily.

Lonestar said:
I keep waiting to see Sony fuck up somewhere too. They have played this too well so far.
Click to expand...


All they've really done is just sat back and let MS continually shoot themselves in the foot. Sony really hasn't done much of anything other than say "see that crazy shit they're doing? yeah, we're not doing that."

Steam's getting in on the game now:

A snippet of code in the Steam digital distribution platform has revealed that Valve may be planning to let users easily share their games with friends in the future. The Verge has verified the code's authenticity, which was originally spotted by a member of the NeoGAF gaming forum; the code references a "shared game library" and a notification that would alert a user when their games are currently in use by a borrower. Steam users can, of course, already share their games by lending friends their usernames and passwords, but that's not the most efficient or secure method of sharing.
A shared game feature would be a huge addition to the Steam platform, and a highly attractive feature in light of Sony and Microsoft's battle over sharing and used game policies for their next-generation consoles. Sony has seized recent confusion over the Xbox One's restrictive policies to insist that it will not impose restrictions on used games, but sharing games on either console will still generally require users to swap discs (unlike Sony, Microsoft will let Xbox One users create a shared game library for up to 10 family members).
While Steam is primarily used on traditional PCs, Valve has been pushing to create a console-like PC running Steam called the Steam Box, which could compete with traditional consoles in the living room. PC gamers can already create their own Steam Boxes since the release of Steam's Big Picture Mode, but Valve plans to bring its own hardware to the living room in the future.
Click to expand...

III said:
The worst part of this is that, you may think that there's a long time before launch, but this news just sent about 150 software engineers in Redmond into 3 months of super panic overtime trying to recode an entire console before launch. Watch for release bugs!
Click to expand...


Not just Redmond. All the game developers are going to have to recode their shit now as well. There's gonna be some big overtime checks going out come October and November.

Lonestar said:
This is going to slow down MS' bleeding, but Sony still came out like the white knight in a lot of people's minds. All for promising business as usual in reaction to MS' former policies. With the price difference being what it is, I wouldn't at all be surprised if the momentum continues towards Sony having the stronger launch.
Click to expand...


That Sony game they were playing on Jimmy Fallon was cool as shit.

That guy's blog goes from Microsoft fanboi to schill quite frequently.

Lonestar said:
It was the plan. Timed trials for any game in your library. Maybe not the best laid plan, but that was all they planned to offer.
Click to expand...

I actually think that's pretty neat. Would basically kill the need for rentals.

III said:
Right, but this was being touted as a system seller/the carrot for all the other bullshit. It's not.

Being able to let a "friend" download a game demo (how long does it take to download? 1/2 an hour? An hour?), after which they play it for 15-45 min and then are taken to the Xbox Live store and prodded to purchase it? Garbage.
Click to expand...

The schill did say they were going to let you try it repeatedly. And with keeping your progress.

Lonestar said:
Being bumped out of the game and having to log in again would not have been a good experience.

Besides there is no way they would have let anyone actually finish a game this way.
Click to expand...

Getting, say, 5 hours of time to try out a game would be pretty good.

III said:
If I wanted to be on a clothing forum, I'd be on SF. You promised me a sportsbook! 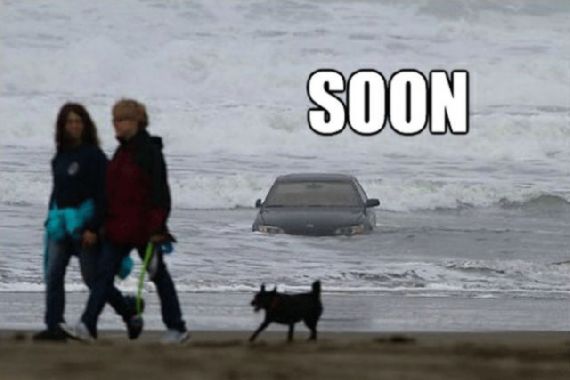