What TV Shows Are You Watching?

Since we were just talking about Only God Forgives, I thought this might be relevant:

Harveybirdman said:
I just realized Gladiator is a remake of The Running Man, just in ancient authoritarian Rome instead of future authoritarian America.

The third season of Luther has been fantastic.

I want to bump uglies with Ruth Wilson quite badly. 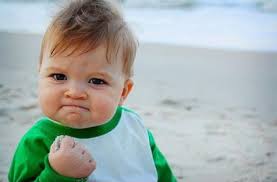 I re-watched Bad Lieutenant, movie #3 on my re-watch tip.


The Keitel 1992 original. I've never seen the others. Worth seeing?

Oh my goodness that was so refreshing to remember when The Simpsons was actually funny.

Harveybirdman said:
Well that was unexpected.

Temporarily out of action

Been on a TV binge while I've been laid up and self medicating/overdosing:

Top Of The Lake - Elizabeth Moss is fantastic in this but the show is very oddly paced, some of the acting is horrible (Holly Hunter plays a long grey haired pseudo-psychic) and its just not that engaging.

Rectify - This was on Sundance and got rave reviews. About a prisoner who's been on death row for 20 years and then gets released back into his small town. Aden Young is fantastic in the lead role, and the woman who plays his sister is firey and sexy, but it just doesn't have much pace. Could have used about 6 more episodes to further flesh out the story. Supposedly there's going to be a season 2.

He's got to lay off the juice. Its giving him a weird look.

Forgot to add a show to the list - Netflix's Orange Is The New Black. Completely mediocre. Not a memorable character in the cast and the writing is horribly bland. From the same woman who created Weeds, without any of the humor.

Christ, The Newsroom has been awful this season, even worse than last season. And the girl who plays Maggie is awful.

III said:
I actually am quite enjoying it.

It is based off the real life memoirs of Piper Kerman, who apparently was perfectly cast on the show: I believe that's Jason Biggs behind her there.
Click to expand...

Same here. I watched 4 eps last night. I will try to finish the rest by midweek,,,

Seems we shall be divided

Anyone catch the premier of Low Winter Sun? This looks like it could be promising.

Harveybirdman said:
I lasted 5 minutes. I couldn't even get to the first commercial break to see the preview of next week's Breaking Bad.
Click to expand...

Rambo said:
Top Of The Lake - Elizabeth Moss is fantastic in this but the show is very oddly paced, some of the acting is horrible (Holly Hunter plays a long grey haired pseudo-psychic) and its just not that engaging.
Click to expand...

Also watched The Fall, worth seeing.

Harveybirdman said:
The movie The Fall? Agreed, it is an amazing visual experience.
Click to expand...

No, miniseries. Stars the hottie from x files.

OfficePants said:
I saw it. I liked it.

Also watched The Fall, worth seeing.
Click to expand...

It wasn't bad. Just not quite as great as it was made out to be.

I'm already started on The Fall. Gillian Anderson is coming into age quite nicely.

Now if Time Warner and CBS can come to a fukkin agreement so that I can get SHO back! They gave me Starz(the only premium channel that I don't have) for the time being and that channel sux ballz!

5 episodes in on Hannibal. Why didn't this get more press? Its really fucking good.

Started watching The Americans. Not bad... a bit too dramatic. I'm sure this is a stupid question, but was this really going on during the cold war?

OfficePants said:
Started watching The Americans. Not bad... a bit too dramatic. I'm sure this is a stupid question, but was this really going on during the cold war?
Click to expand...

No. The shows gets REALLY good as it progresses.

Rambo said:
No. The shows gets REALLY good as it progresses.
Click to expand...

Deuce, what is SOA?

Finished S1 of The Americans. It was good, not great. I have trouble with the finally...

Um, where the fuck is the spoiler button Rambo? I can't say it now. You you expect me to actually type [ spoiler ] ? Sheesh.

Just forget it. I had some momentum, now its dead.

I do it the same way. You'll get annoyed with Lost. Quickly.

Working on The Killing season 2. The Danish version.

Harveybirdman said:
I can count on a thousand hands the number of batches I've run to Sherilyn Fenn. She was ridiculous hot in that show.
Click to expand...

Ah. What the world needs is yet another synonym for wanking.

Morning shows... its because there's no news. And I can't take those chicklet teeth fake smiles either.

Once again I've been humbled.

The West Wing. I got a complete boxed set for Christmas but now it's on Netflix so I'm going through it again. Amazing writing.

Rambo said:
Working on The Killing season 2. The Danish version.
Click to expand...

Finished. Along with season 3. Amazing show. SO much better than the American version.