Rambo said:
Did them all you want. Just keep these morons to yourself.
Click to expand...

The bottom of the barrel

Rambo said:
The bottom of the barrel
Click to expand...

That was his best Mad Lad and got the details from Simon Mann.

Straight out of The Wild Geese. Only a true English gent could go to jail in Equatorial Guinea for plotting a coup and walk out of jail just over a year later having become best mates with President Obiang, who released him with a complete pardon of his 34 year sentence.

good thing you are helping these hidden characters to become known. that’s the only way to stop mainstream media’s open & obvious hostility & fake reporting, and bring us the news accurately & fairly.

Sprezzatura said:
good thing you are helping these hidden characters to become known. that’s the only way to stop mainstream media’s open & obvious hostility & fake reporting, and bring us the news accurately & fairly.
Click to expand...

You've got to go off the map to find the good stuff. Hidden from the mainstream, you just don't get good commentary from the legacy media these days.

This is the mother lode:

ZeroHedge - On a long enough timeline, the survival rate for everyone drops to zero 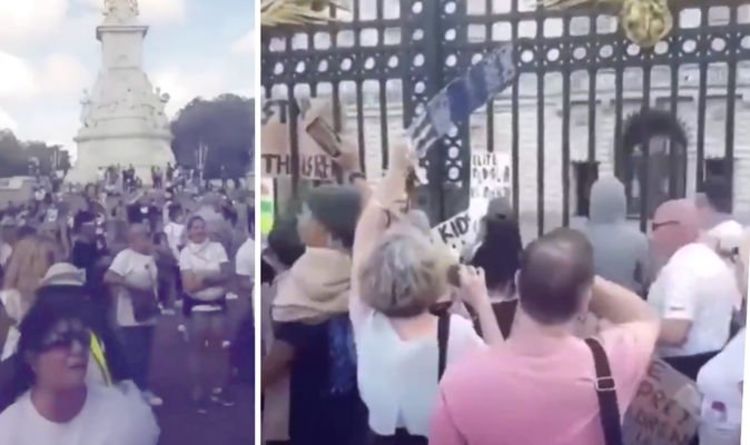 WATCH the moment an enraged crowd of people gathered outside Buckingham Palace and appeared to chant "paedophile" repeatedly.

WATCH the moment an enraged crowd of people gathered outside Buckingham Palace and appeared to chant "paedophile" repeatedly.

But Prince Andrew's official residence is the Royal Lodge in Berkshire.

Fwiffo said:
But Prince Andrew's official residence is the Royal Lodge in Berkshire.
Click to expand...

way to hit the nail on the head fwiffs

Rambo said:
way to hit the nail on the head fwiffs
Click to expand...

I don't go to a federal capital to complain about my municipal waste collection issues. There is protesting and there is I want to scream and get attention.

Word on the street is, she's about to enter a plea deal and name the names and I wonder if that explains the Bill Gates divorce?

Pimpernel Smith said:
Word on the street is, she's about to enter a plea deal and name the names and I wonder if that explains the Bill Gates divorce?
Click to expand...

It will come out. I am reliably informed you will be surprised at one particular name. I was trying to figure who it could be.

Pimpernel Smith said:
I am reliably informed
Click to expand...

Pimpernel Smith said:
Word on the street is, she's about to enter a plea deal and name the names and I wonder if that explains the Bill Gates divorce?
Click to expand...

Dead men tell no tales. It just so happened that the 24hour surveillance videos and the prison guards all dozed off at the same time.

Rambo said:
if that were anywhere near true she'd have an accident in her cell or commit suicide
Click to expand...

Unless she's going to deliver Prince Andrew. She won't be suicided unless it's a player and she'll know that herself, but if you're going down for life you might as well chance it. 20 plus years in a US jail when you're 61 isn't much of a hand.

Pimpernel Smith said:
I am reliably informed ...
Click to expand...

By inside Gates or Epstein insiders, or you read a blog post somewhere?

Dropbear said:
By inside Gates or Epstein insiders, or you read a blog post somewhere?
Click to expand...

Can't reveal the source, it might prejudice the trial. But not that close. So it could be wrong. It's a person of legal background, not involved in the case directly and not a blog post.

Ghislaine cut herself off from Epstein at the time of his first conviction. She's had no dealings with him for over a decade. Mute point if she was his procurer of under age girls. Interestingly, they favoured French girls as the French tolerated this stuff.

I do hope she's going to give this sordid affair transparency and closure. 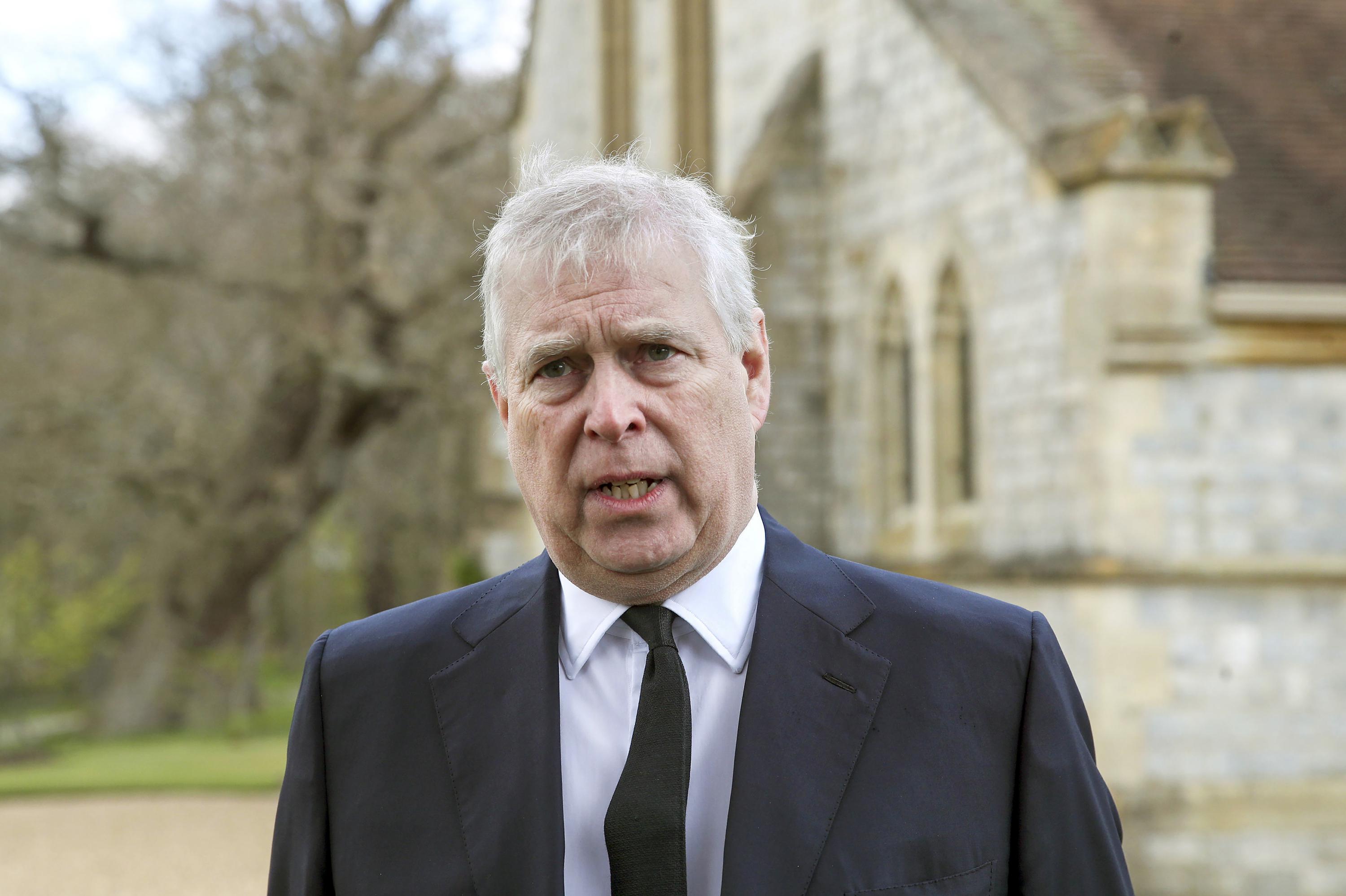 NEW YORK (AP) — When Jeffrey Epstein’s longtime companion Ghislaine Maxwell goes on trial next week, the accuser who captivated the public most, with claims she was trafficked to Britain’s Prince Andrew and other prominent men, won’t be part of the case.

All have said her accounts are fabricated.”

“For instance, in her initial lawsuit, Giuffre wrongly said she was 15 when Maxwell first spotted her working as a spa attendant at former President Donald Trump’s Mar-a-Lago club and hired her as Epstein’s masseuse. In a memoir she explored selling to publishers, Giuffre described, in detail, celebrating her 16th birthday at Epstein’s estate in the Virgin Islands.

But employment records later showed she hadn’t worked at Mar-a-Lago until the summer she turned 17. Giuffre said she simply misremembered.”

“The British tabloid said Giuffre and Andrew danced together at a nightclub, but added there was ‘no suggestion that there was any sexual contact between Virginia and Andrew, or that Andrew knew that Epstein paid her to have sex with his friends.’

Years later, Giuffre’s lawyers insisted she told the Daily Mail she had sex with Andrew, but the paper’s lawyers wouldn’t let it publish the claim.

She also said in a deposition that some details in the Daily Mail stories based on her paid interviews were inaccurate, including parts in which she described riding in a helicopter with Bill Clinton and flirting with Donald Trump. Those things hadn’t happened, she said, though she blamed those errors on the reporter.”

“In a 2019 interview with Dateline NBC, she said inconsistencies in her story were the innocent mistakes of trying to recall events that happened years ago, when she was a traumatized teenager.

I fully expect her to next accuse the Pope, Kim Jong Un and the Dalai Lama for abusing her. If even the Daily Mail won’t run it…..

I see she's trying to get a retrial, it seems rather convenient that a member of the jury was a previous victim of abuse, then influenced the rest of the jury to find her guilty and then spilled the beans. I suppose another suicide, is a bit too in your face and maybe they just want her to go away quietly. Which she's well hinted at.

The claim was made in court papers in which Maxwell’s lawyers pleaded for leniency ahead of her June 28 sentencing.