the Strange and Unusual.

A friend just told me that she'd seen someone doing something similar a few days ago in a different part of town, explaining that a famous person is in the news for doing it--so it will probably be popular for a minute. I am having trouble wrapping my head around this.

hossoso said:
A friend just told me that she'd seen someone doing something similar a few days ago in a different part of town, explaining that a famous person is in the news for doing it--so it will probably be popular for a minute. I am having trouble wrapping my head around this.
Click to expand...

And we're just supposed to believe that you have women friends? Is that all?

hossoso said:
A couple of hours ago, on Jalan Nias Raya, I saw a woman coming at me on a little moped, she looked like she was holding some sort of package to her chest while steering with her free hand. That's dangerous in Jakarta, the roads are bad and the traffic is treacherous. As she passed under the street light in front of me I realized, to my immeasurable delight, that the package she was clutching to her chest was actually a huge baby that she was breast-feeding. I have to assume that the baby/toddler was hers but wouldn't it be awesome if it wasn't? They'd probably call her the Mad Milker or the Breast-food Bandit in the papers. I wanted to chase those tail-lights like a fucking Collie when she passed because the scene was just so fucking compelling but she was headed straight into a flooded district and I wore suede shoes with white pants today.
Click to expand...

Finally. Can we get this thread back on track now?

I was going to do this as a separate topic, but I think it fits here.

These are dead babies. https://www.nowilaymedowntosleep.org/about/mission-and-history/

I've seen this done and despite initially being apprehensive, can totally buy into that. Esp. women who carry their babies to full term and then suddenly lose them. That is devastating. Having something like this, I believe, can be very theraputic to help remember the child and not just the miscarriage.

It's an extremely hard thing to lose a child. I've got no qualms with it.

Reminds of me the second season of The Following.

At least they are not consuming them like certain groups of Asian populations.

Now he needs to grow some muscles.

Hay guys, I'm Mike. Some lady didn't quite chop my head off right , missing the carotid artery and left enough brain stem for me to live for another two years.

I got fed by eyedropper through the hole in my neck.

Here I am stomping around

Even though I'm dead now, the town still celebrates me every year with a big festival
http://www.miketheheadlesschicken.org/

Needless to say, it's in severe disrepair.

I am not a tree hugger, but that does not look environmental friendly.

Pauly Chase said:
I am not a tree hugger, but that does not look environmental friendly.
Click to expand...

No doubt, and immediately dangerous to boot!

Not such a bad idea. Dismantling will generate so much waste that is neither financially sounding nor environmental beneficial.

Such pictures only remind me that we are our own worst enemies.

JimmyRustler said:
I've always thought unwanted children are our own worst enemies. Until they turn 18 anyway.
Click to expand...

I thought that piles-of-snakes stuff was a fictional contrivance.

Some of those need more time.

6. The slogan “Just Do It” was inspired by serial killer Gary Gilmore, who said “let’s do it” just before he was executed by a firing squad in 1977. The revelation was made in a 2009 documentary about advertising called “Art & Copy.” 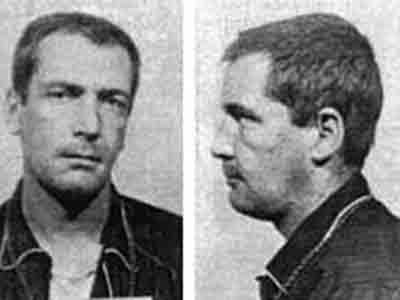 The proud tradition of Zombie Wednesday has been celebrated weekly since Nov 18, 2014.
http://www.dressedwell.net/forum/threads/building-the-dw-community.1370/page-4#post-70655

Bespoke Anus Casting Service
Your Anus immortalised in solid bronze.We are expanding our services to offer bespoke anus castings, set as an individual bronze artwork for your loved ones. Feel free to contact us to discuss the process and logistics prior to booking at info@edibleanus.com

What sort of anus is that? It doesn't look like any that I've seen...

Journeyman said:
What sort of anus is that? It doesn't look like any that I've seen...
Click to expand...

Some questions should never be asked for fear of receiving an answer that may scar you for life.

Pretty expensive for a bronze casting.

Journeyman said:
What sort of anus is that? It doesn't look like any that I've seen...
Click to expand...

It is constricted, not relaxed and open.

I must admit that there is some strange shit afoot here. Cell phone cameras are producing images that reflects what was being reported many decades ago.


Edit... forget that call at the end, whatever that was pretending to be. Rustler would love it, it was Art Bell I believe.
Last edited: Feb 8, 2015

Aliens did it. Mother fuckers.

The sentient alien fart clouds are already here. That is what those lights are. Blue Angels.

Thruth said:
The sentient alien fart clouds are already here. That is what those lights are. Blue Angels.
Click to expand...

Make fun when you're an alien slave.

OfficePants said:
Make fun when you're an alien slave.
Click to expand...

Hopefully they will put me in management

Vladimir Petrovich Demikhov (Russian: Влади́мир Петро́вич Де́михов; Kulini Farm, July 18, 1916 – Moscow, November 22, 1998) was a Soviet scientist and organ transplant pioneer, who performed several transplantations in the 1930s and 1950s, such as the transplantation of a heart into an animal and a lung-heart replacement in an animal. He is also well known for his transplantation of the heads of dogs. He conducted his dog head transplants during the 1950s, resulting in two-headed dogs, and this ultimately led to the head transplants in monkeys by Dr. Robert White, who was inspired by Demikhov's work.]
Click to expand...