the Strange and Unusual.

III said:
So I'm calling bullshit on your bullshit.
Click to expand...

Fuck. You're right. My bad. Blofeld. I always get those two mixed up. Would probably help if I'd actually watch the movies. 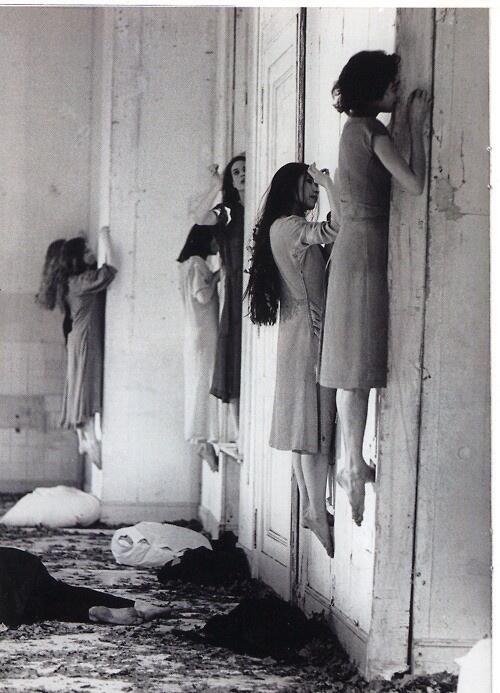 Picture said to be from a Russian mental institution, 1952..
Click to expand...

How's that possible? Aside from that I'm loving the pic, it's fantastic!

Harveybirdman said:
It's an illusion. It's like the old Batman tv show with Adam West where they'd turn the camera sideways to make it look like they were climbing up a building.
Click to expand...

But what about the one in the floor? I mean, I'm not saying that this girls have a super power haha just curious and I really liked the photo, I already saved it in my phone, it has fascinated me.

Uhhhhh....guys....there are clearly footholds. Look at their left feet. All but the cute Asian one are also holding on the edge (as you wouldn't be able to maintain proper balance with a just a foothold and your body flush against the wall). I'm assuming the Asian girl is holding on to something we can't see.

Chorn said:
Uhhhhh....guys....there are clearly footholds. Look at their left feet. All but the cute Asian one are also holding on the edge (as you wouldn't be able to maintain proper balance with a just a foothold and your body flush against the wall). I'm assuming the Asian girl is holding on to something we can't see.
Click to expand...

True dat, I saw it first on the iPad coudln't notice that. If you look closely the first one is putting her foot in a hole in the wall. But doesn't matter, I found that pic, fascinating. 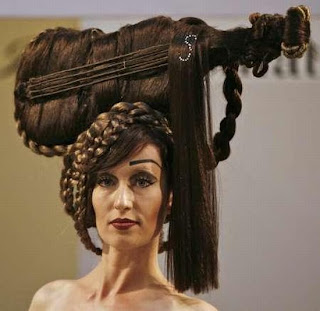 I'm surprised Miley's twerking hasn't popped up in here yet.

Her ass in that thing she wore is more strange and unsual. :LOLguy:

Betelgeuse said:
Her flat ass in that thing she wore is more strange and unsual. :LOLguy:
Click to expand...

Serial killing teams. Where is Hoss? 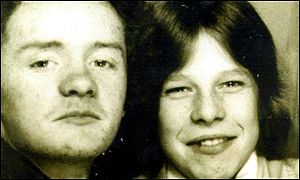 Foot binding (also known as "Lotus feet") is the custom of applying painfully tight binding to the feet of young girls to prevent further growth. The practice possibly originated among upper-class court dancers in the early T'ang Dynasty in Imperial China (10th or 11th century), but spread and eventually became common among all but the lowest of classes. Foot binding eventually became very popular because men found it to be highly attractive, and therefore became Chinese women's way of being beautiful and to show that they were worthy of a husband. The foot binding process begins with a young girl (4-7 years old) soaking her feet in warm water or animal blood with herbs. After soaking the feet, her toe nails were to be clipped short and given a foot massage. Next, every toe would be broken except for the big toe. Then the foot was wrapped with binding cloth. Every day, or every couple of days, the foot would be unwrapped and wrapped again. The girls were put into smaller shoes until their foot was about 4 inches long. 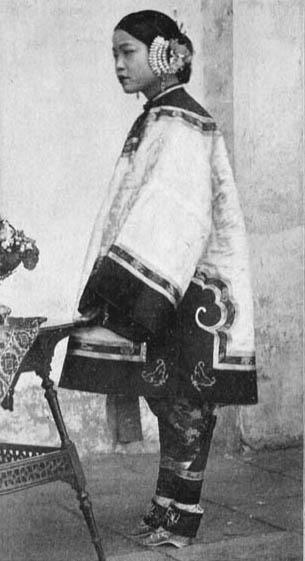 I've also read somewhere years ago that another reason for foot binding, aside from my ancestors thinking a young woman struggling to balance herself while putting painful pressure on her gnarled feet to get from one point to another looks sexy, is that it was also used for "foot jobs". cause you know there's something magical about these tugging your pecker!

By the way men, foot binding? Learned on the show Luther that the practitioners believed that the way a woman had to walk developed stronger muscles in the vagina.

Cannibalism. Does it get a bad rap? Go -

El Argentino said:
Cannibalism. Does it get a bad rap? Go -
Click to expand...

Jesus. This would seem to qualify.

Call me weird, but I am really curious what humans taste like.

OfficePants said:
Jesus. This would seem to qualify.

The stimulation aspect, I can semi understand, but wtf is up with the shower part.

Them crazy Asians. The lady in the first dress looks alive with her face burnt off by acid
E

This is half a dozen buried in your eyelash:

Deadliest drug on the planet. Dead within months. Krokodile, came from Russia.

Alright, so nobody is supposed to see them, and you'll be wearing them with a bra, so why make them flesh colored all over? It looks like someone has skinned her tits.

Lol. Its so they don't show through a bra.

w/e. She looks like she's friends with Buffalo Bill.

No argument. Its a bit creepy. 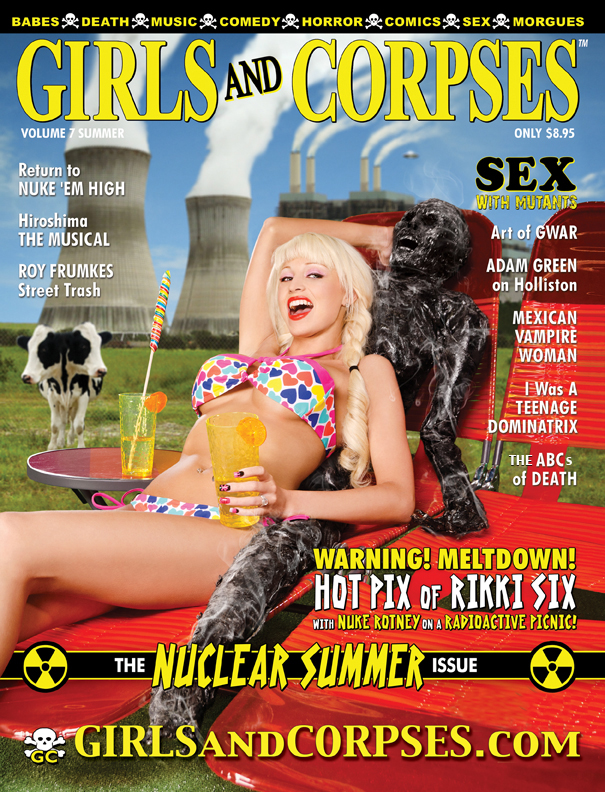 I saw an Attenborough documentary on that... pretty amazing.

When the female crabs arrive (usually five to seven days after the first males)...
Click to expand...

If you use a synonym for arrive, this phrase is hilarious.

The detectives have documented, in their case files, that the WTC is heavily involved in the sale of drugs, illegal guns, weapons possession, murder, car jackings, and other types of violent crimes.
Click to expand...

Anthony said:
What in the actual fuck did I just stumble upon?
Click to expand...

Something that's definitely strange and unusual.

This takes cheap to a new level:

A couple of hours ago, on Jalan Nias Raya, I saw a woman coming at me on a little moped, she looked like she was holding some sort of package to her chest while steering with her free hand. That's dangerous in Jakarta, the roads are bad and the traffic is treacherous. As she passed under the street light in front of me I realized, to my immeasurable delight, that the package she was clutching to her chest was actually a huge baby that she was breast-feeding. I have to assume that the baby/toddler was hers but wouldn't it be awesome if it wasn't? They'd probably call her the Mad Milker or the Breast-food Bandit in the papers. I wanted to chase those tail-lights like a fucking Collie when she passed because the scene was just so fucking compelling but she was headed straight into a flooded district and I wore suede shoes with white pants today.
You must log in or register to reply here.
Share:
Reddit Pinterest Tumblr WhatsApp Email Link
Top Bottom