I met this guy in Atlanta walking downtown. He asked my about a Tom Ford suit I bought second hand. He suggested Modern Tailor for my next purchase and gave me a promo code and his card. -_-
The Perfect Fitting Men's Suit: Custom versus Off-the-Rack - YouTube

Journeyman said:
Sitting opposite me on the train this morning was a middle-aged man wearing a bright-pink-and-white-striped shirt in a shiny fabric, with an unbuttoned spread collar and French cuffs with shiny cufflinks.

He'd tucked the shirt in to a pair of faded blue jeans and finished the outfit with a pair of running shoes.

Had a quick trip to Brissie - sorry I missed you. You should have said Hi.

fxh said:
Had a quick trip to Brissie - sorry I missed you. You should have said Hi.
Click to expand...

I knew that it couldn't be you, as he was balding with very short hair, not your long, luxuriant, lushly-conditioned locks.
C

I can understand some young kids wearing t shirts with nonsense written on them but anyone over 16?

I see grown men in T shirts, bad enough in itself, but most have some stupid writing on them. Or a band T shirt even worsererer.

I only have 3 T shirts with something on them. And I only wear them mucking around in garden. One is a Johnny Cash T shirt, another a Los Pollos one I got given and another an old Neville Bros Tour long sleeve I keep for nostalgic reasons. Never worn outside the house. 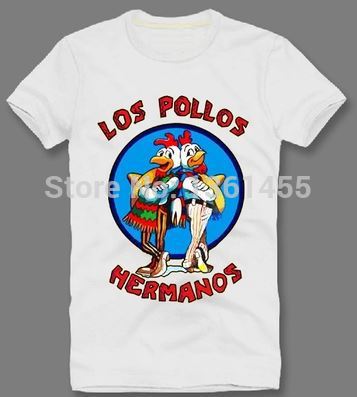 So I saw a former city councilman the other day and he was in Dilbert mode with the short sleeve white dress shirt and tie. The tie was some bland beige/gold thing with a subtle pattern, no wait it was an Ed Hardy tie as the bottom proclaimed. He makes ties now. Studying it, I figured out that the pattern was a cartoon bulldog face.
Ah, here I think it was this thing.
ED HARDY by Christian Audigier Mens 100% SILK necktie tie Dogs Bulldogs Gold

My god, people in orlando dress like shit. All squared toes ecco shoes.

I TRIED TO TELL YOU THAT YOU'D LOOK LIKE DON JUAN.

Rambo said:
I TRIED TO TELL YOU THAT YOU'D LOOK LIKE DON JUAN.

There was a guy with vans that has marihuana leavea printed on the shoes, probably in his mid 30s.

Leitmotif said:
There was a guy with vans that has marihuana leavea printed on the shoes, probably in his mid 30s.
Click to expand...

You must have spotted me somewhere near the Vienna airport.

Marcus SmarDT said:
You must have spotted me somewhere near the Vienna airport.

I have reported you to the authorities, please

He's lifting weights and will fill that coat out in no time.

He is just fat

Leitmotif said:
He is just fat
Click to expand... 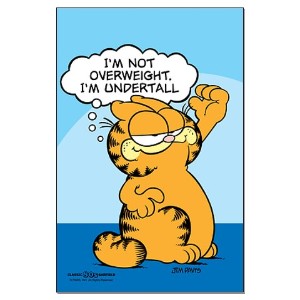 Old white guy in a serape

You missed out the worst bit - he's wearing Crocs. CROCS!

When you are wearing a serape, Crocs don't drag the outift any further down!

The styles posted here are quite sad.

Yes, bandaid coloured shoes with dark grey is not a good idea, however l am a fan of tan shoes with navy trousers with a light patterned coat on nice sunny days....kind of ltalian style. Even tan shoos with navy pants and a nice appropiate opened neck shirt on a nice day is great too.

I am wearing tan shoos today. Never ever wear tan shoes during winter however.

Old man be pimping. You gotta at least respect that.

Pauly Chase said:
Old man be pimping. You gotta at least respect that.
Click to expand...

Didn't see no ho's. He left shortly after I snapped the pic

I'm back at 12pm. After I land, please refrain from photography of a chalk stripe grey BBBF person wearing black Dack's oxfords, white shirt and a 3" navy blue RLBL tie with gold circles.

Lino Lettuce was on PBS Newshour. Lolz. Sorry no pic.

They interviewed the guy that does the sartorialist blog. Was one of his shots.

doghouse said:
They interviewed the guy that does the sartorialist blog. Was one of his shots.
Click to expand...

When Scott Schuman first started "The Sartorialist", he had quite a lot of really nice "street" photos - just ordinary people on the street, some dressed very nicely, some very conservatively, some very eccentrically.

Now, whilst he still does some street shots, most of his photos seem to be taken outside and around fashion shows and so the vast majority of his photos are of people involved with fashion, rather than your average person-on-the-street.

For me, that's made his blog lose most of its charm as, just as with Pitti, people are dressed up to show off and to be seen and photographed by people like Schuman, Tommy Ton, Bryanboy and others. There's also, of course, quite a "street photographer" group now and so you also see self-referential photographs with street photographers photographing each other.

Hard to do justice to how ridiculous this looked.

Hard to do justice to how ridiculous this looked.
Click to expand...