Good Articles That Don't Deserve Their Own Threads

formby002 said:
The quoted speed in MPH is wrong however.
Click to expand...

Looks about right to me, although I'm not sure about the decimal places.

Also, don't forget that the speed of sound changes depending on altitude/air temperature.

Journeyman said:
Looks about right to me, although I'm not sure about the decimal places.

Also, don't forget that the speed of sound changes depending on altitude/air temperature.
Click to expand...

That's why its wrong.

Scouse/Football Player land although not necessary with the same wealth as Cheshire, extends well into Wales. All the way to Colwyn Bay. 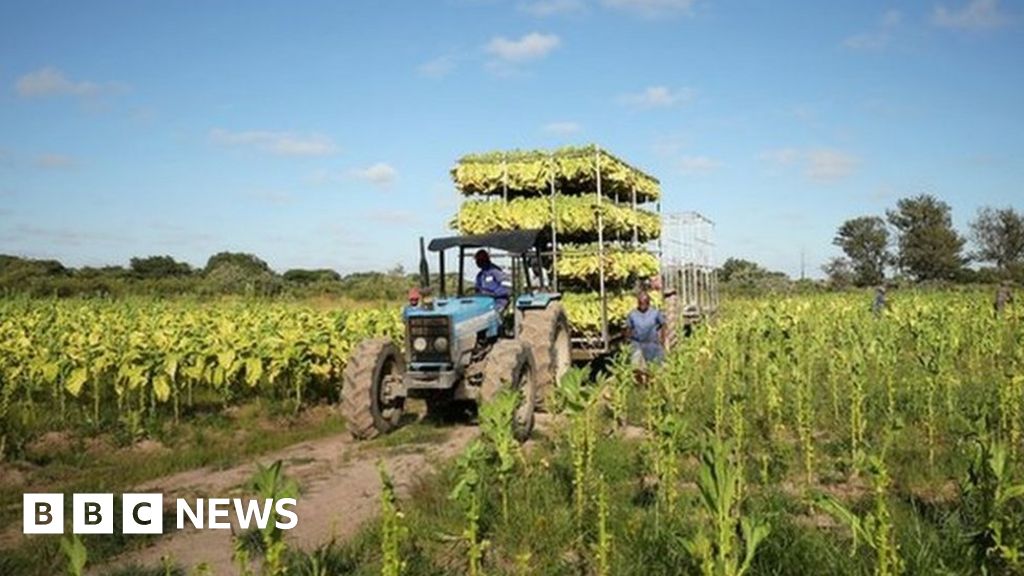 Hundreds of mainly European farmers could benefit from the move, aimed at mending relations with the West.
www.bbc.com

White landowners rejoice. You are welcome back to the former Rhodesia. 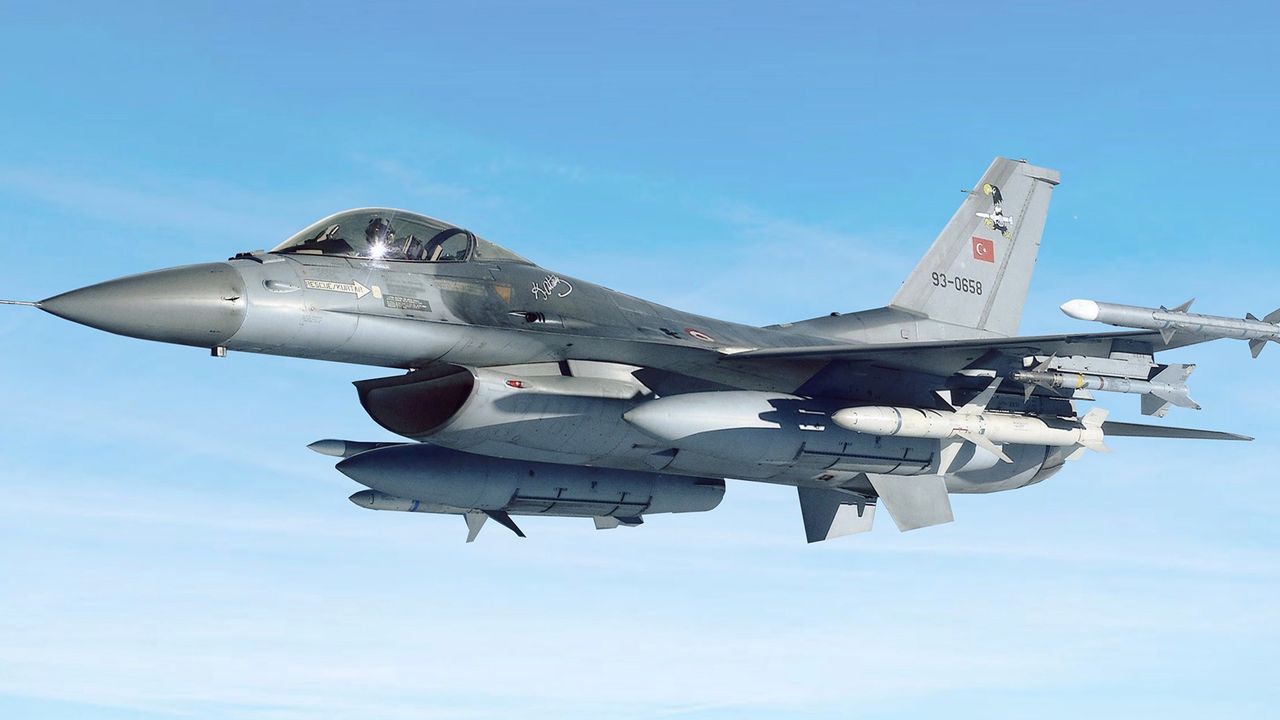 Top officials of NATO member states are openly discussing going to war with one another, in conflicts that could set the Mediterranean and the world ablaze.
www.wsws.org

Benefits of being size double zero. 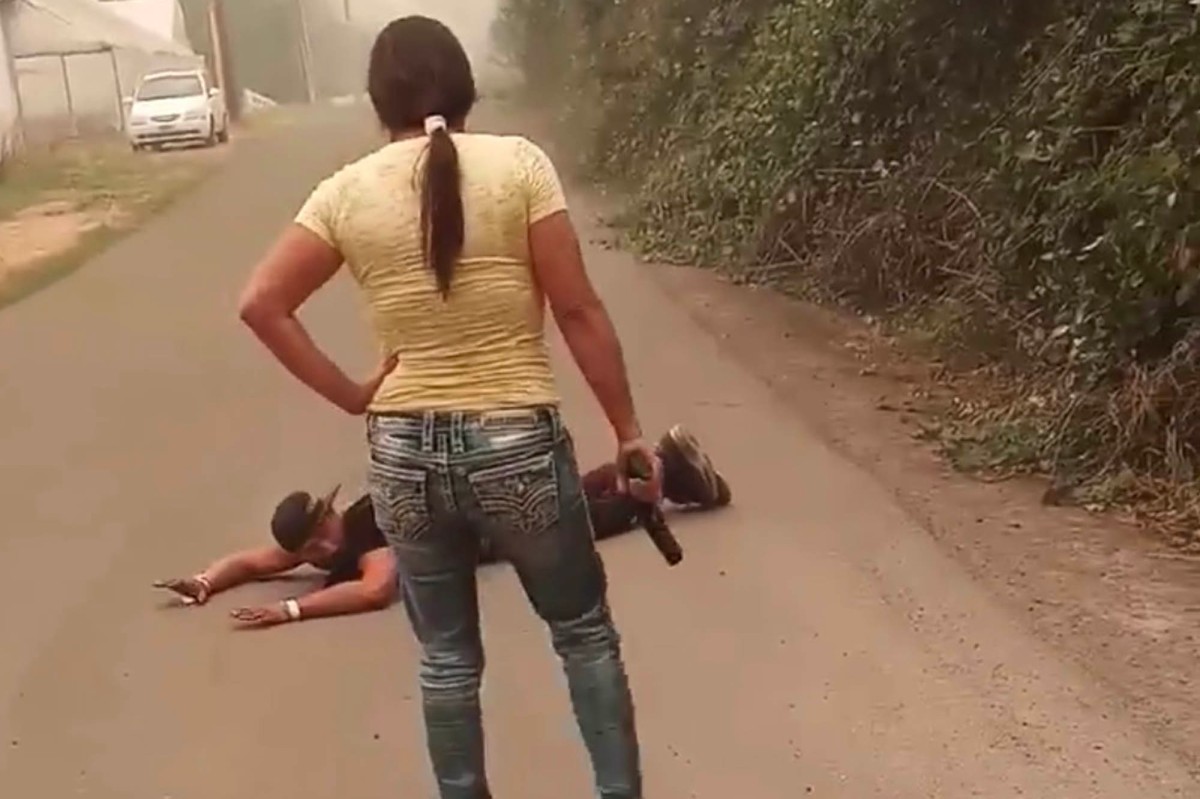 An Oregon woman forced a suspected arsonist to the ground at gunpoint after she found him on her property with matches, dramatic video footage shows. “What are you doing on my property? Did you lig… 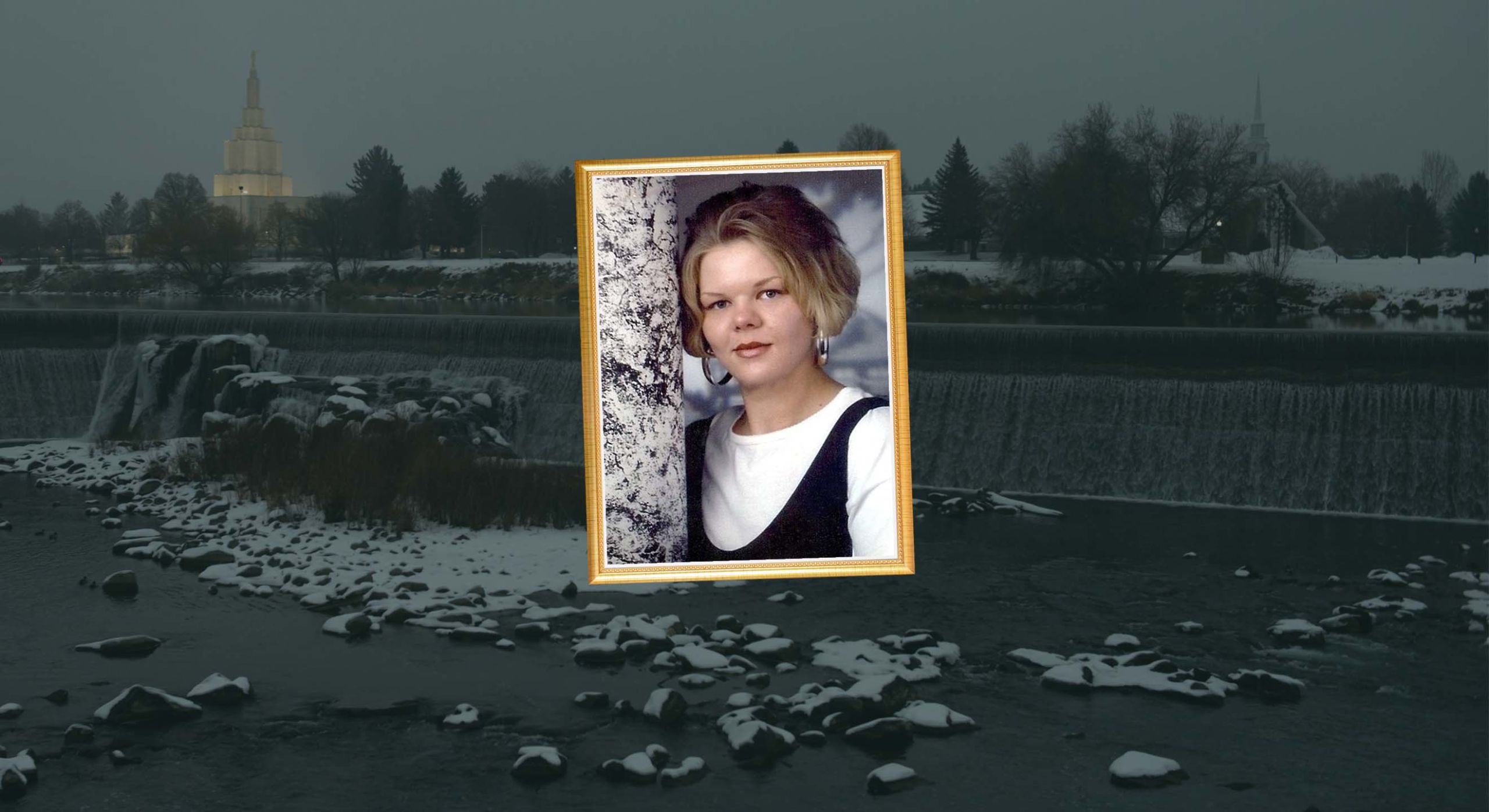 The mother and the murderer

He was jailed for killing her daughter. Then she feared the police had the wrong man.

So rather than expect the system to work correctly, you have to dedicate 20 years of your life hounding policemen, DNA experts, judges, and every other official to get a murder in a small town correctly solved. Kafka would kill himself after 1 month if he were alive now.

In summary, don't ban alcohol because then people turn to illicit sources and gorge to the excess. 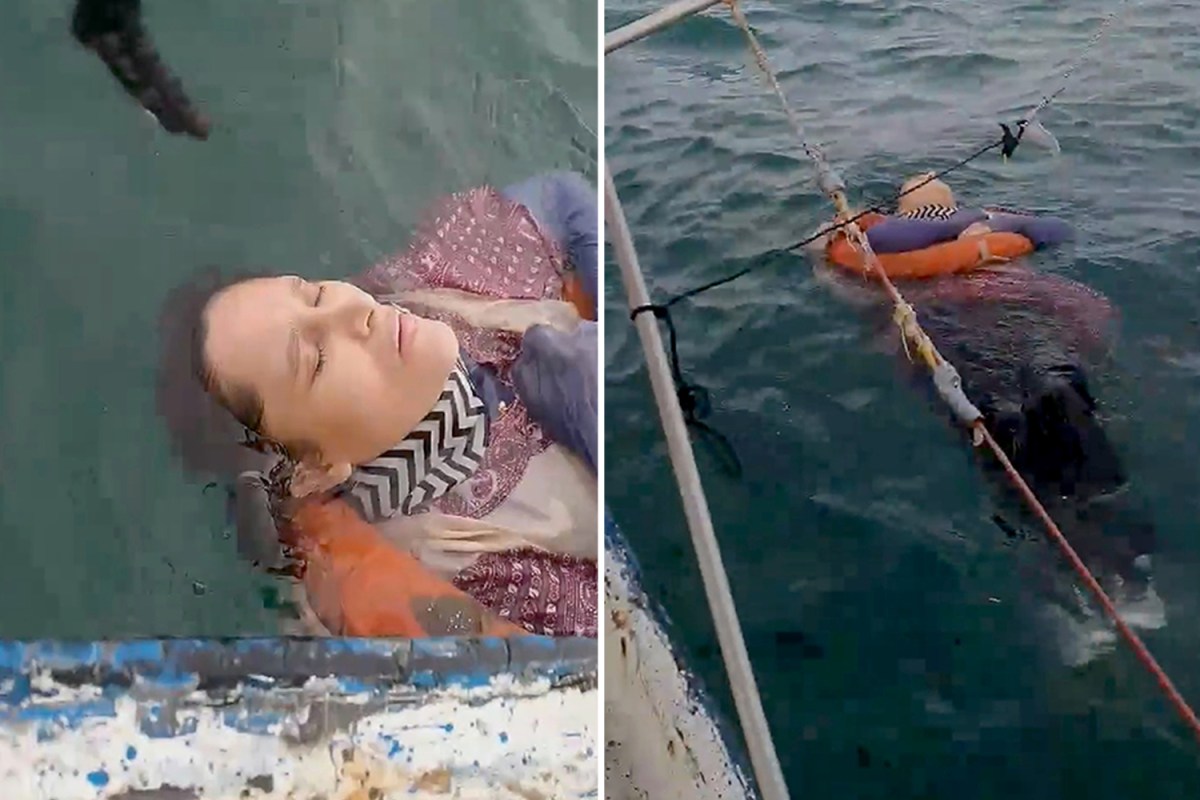 A WOMAN who had been missing from her family for two years has been found floating alive in the sea by baffled fishermen. Angelica Gaitan, 46, was found unconscious and suffering from hypother…

A Marketplace investigation into Amazon Canada has found that perfectly good items are being liquidated by the truckload — and even destroyed or sent to landfill. Experts say hundreds of thousands of returns don't end up back on the e-commerce giant's website for resale, as customers might think.

^Not surprising at all, unfortunately.

The cost of re-listing these items, including repackaging etc, is more than the potential profit and so, ironically, it's cheaper to throw them out rather than relisting.

Journeyman said:
^Not surprising at all, unfortunately.

The cost of re-listing these items, including repackaging etc, is more than the potential profit and so, ironically, it's cheaper to throw them out rather than relisting.
Click to expand...

Capitalism at its finest.

In summary, don't ban alcohol because then people turn to illicit sources and gorge to the excess.
Click to expand...

The history of prohibition should be good enough source as to what is likely to happen when you suddenly ban alcohol where it's up until then been freely available.

Came across this interview from 2015 with Bruno Cucinelli.

Dubbed the “king of cashmere” by The New Yorker, Brunello Cucinelli is the founder of the eponymously named fashion house that is well-known for making luxury cashmere sweaters (and more than $450 …

Journeyman said:
^Not surprising at all, unfortunately.

The cost of re-listing these items, including repackaging etc, is more than the potential profit and so, ironically, it's cheaper to throw them out rather than relisting.
Click to expand...

Wirh such a generous free return policy here, standard practice for many people when something breaks (even if it is after several years) is to just order a new one from Amazon, switch it with the broken item and then return it for a refund. New for old replacement at no cost.

Thruth whats this situation all about?

Thruth whats this situation all about?
Click to expand...

Strife between non-indigenous and First Nations fishermen. There is a lobster season and quotas. The First Nations can do a deal directly with Ottawa to create their own fishery that can run outside of the regular season because of treaty rights and a 1995 Supreme Court ruling that they can operate a commercial fishery to make "a modest living".

White fishermen don't like that and the dispute has escalated to them burning down the lobster pound being used by the indigenous fishermen. 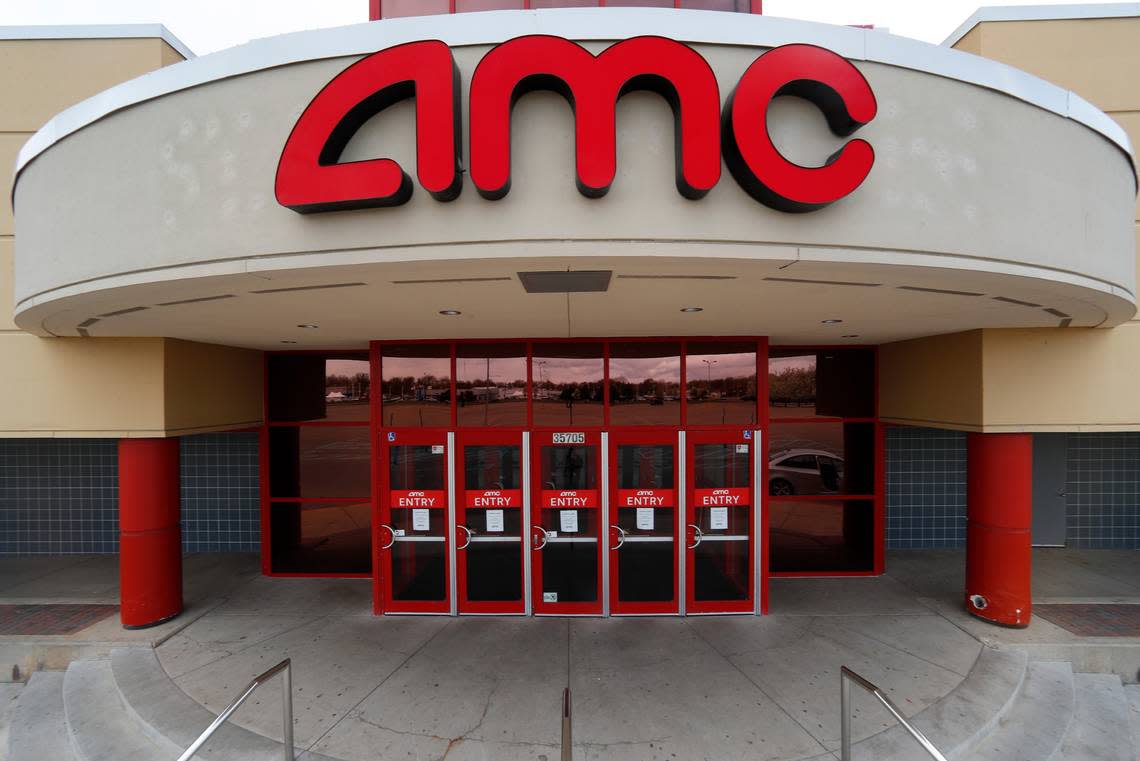 Miss going to the movies? AMC will rent you a theater for $99. Here’s what to know

Available movies are a mix of new blockbusters and old favorites. 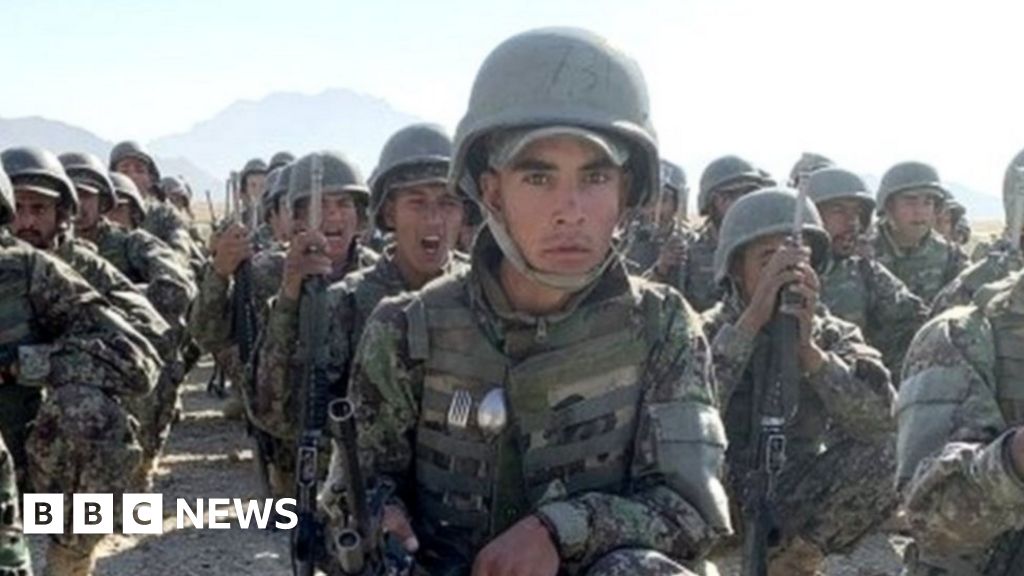 As part of our coverage of the US election and the world, the BBC's Lyse Doucet reports from Afghanistan.
www.bbc.com

19 year war. An 18 year old soldier deployed here wasn’t even born during Sept 11th. Substitute Taliban for Viet Cong and it sounds like the Vietnam war.

“Nineteen years on, after the deaths of more than 3,500 coalition forces and more than 110,000 Afghans killed, the overriding concern is averting a chaotic conclusion - at worst another descent into civil war - as the countdown gathers pace for the gradual removal of the last US and Nato forces in Afghanistan.”

“The Taliban, now at their greatest strength since 2001, are advancing and attacking in districts across Afghanistan - despite a deal signed with the US in February which seemed to promise a respite to a nation exhausted by war and increasingly worried it will only get worse.

Outside this magnificent 19th Century Arg fortress, bolstered by ancient stone walls and now successive rings of steel, nerves are jangling across Afghanistan amid reports of Taliban fighters stealthily encroaching on key towns and cities, including Kabul itself.

Gen Miller's mission this week to the western province of Farah, like his recent stop at the Afghan army base in the walled Qala-i-Jangi fortress in the northern province of Balkh, was part of intensifying efforts to signal continuing US support to beleaguered Afghan forces - even when the clock is ticking and there's a cascade of conflicting statements from Washington over the timing of the pull-out.

The details are different in each province's tally on its security score card but the direction and dangers are much the same: Afghan security forces including special forces inflicting defeat and casualties in some battles; losing ground in others; and gratitude for continuing US air support which has made the difference, time and again, in denying Taliban fighters the prize of a provincial capital.

’We're surrounded,‘ was the plea for help in Farah to an American general who kept consulting the map of districts where main roads are off limits to Afghan government forces, and pressure mounts on supply lines.

US airpower, one of the most powerful weapons in its Afghan arsenal, turned the tide again this month when Taliban fighters, testing Afghan strength, and US resolve, went on the offensive in the strategic southern province of Helmand and overran government check-posts in its main city of Lashkar Gah.

But, with every month that passes, there are also signs on the ground that the mighty US Army is finally packing up.

In Bagram, a bustling hive of a town which mushroomed over the years alongside the US's biggest military base, there's a constant clatter of helicopters and hulking military transport planes as US hardware is ferried out. The fate of this vast compound is still uncertain but a shifting perimeter fence has already retreated by a distance of several football pitches.”

Well you could say the Afghans have been at war since 1979 with the Russians.

fxh said:
Well you could say the Afghans have been at war since 1979 with the Russians.
Click to expand...

All that for a barren rocky wasteland. 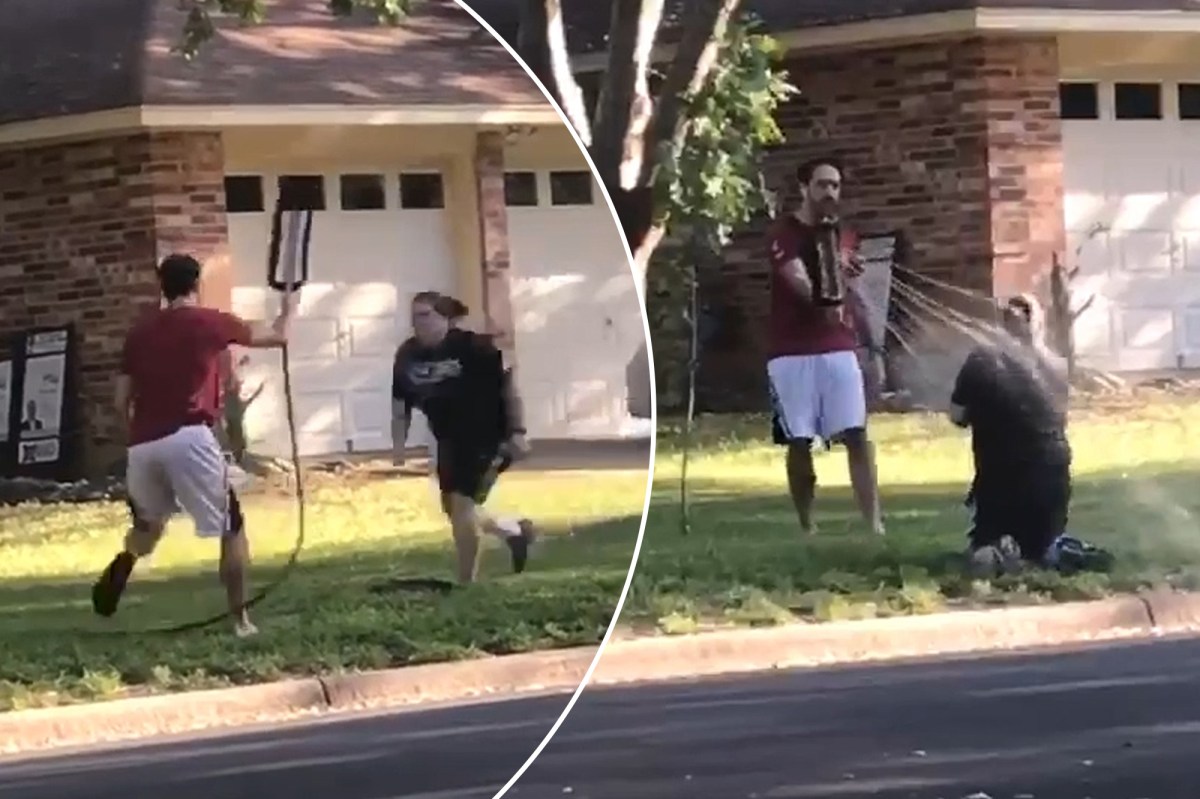 A Texas man sprayed a woman with a hose in a now-viral video after she allegedly yelled, “White lives matter!” and berated a neighbor over a Black Lives Matter flag in her yard. Ian Doherty, of sou…

Not an article...but a vid: 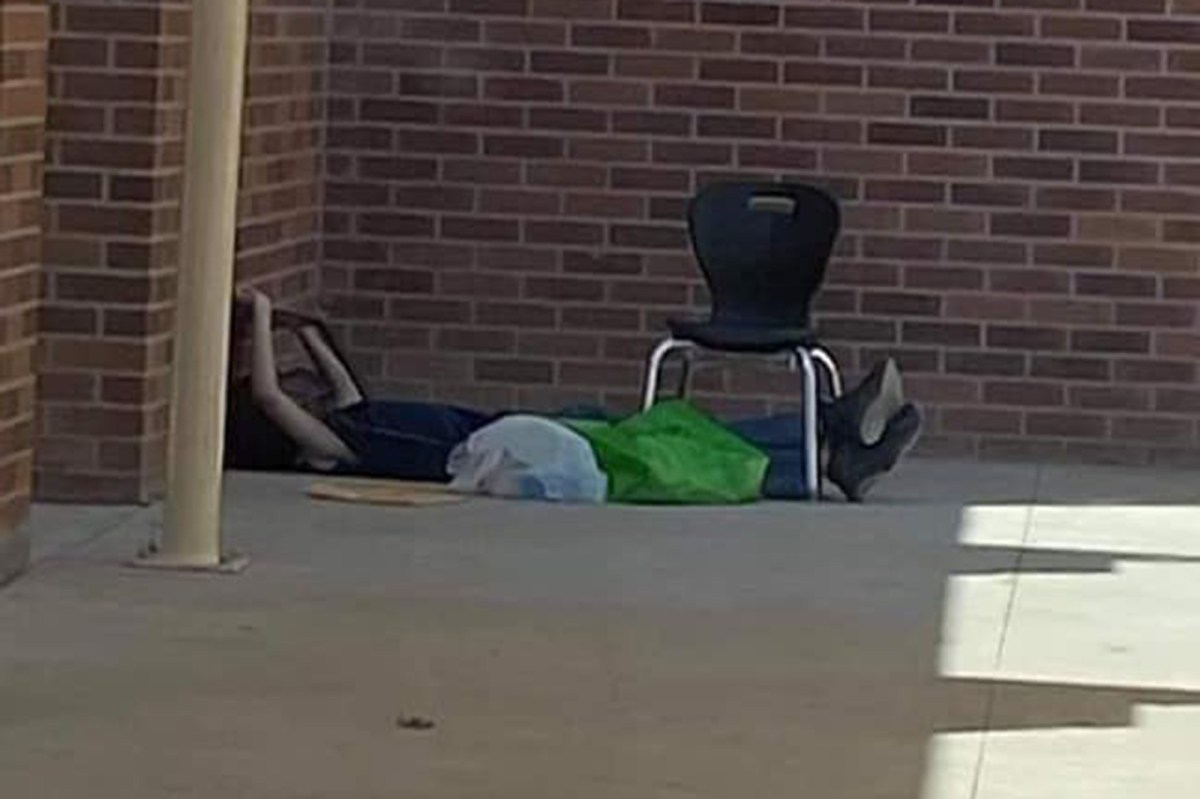 Jonathan Endecott wanted to be a normal kid again — to get back to class and his friends. But the 9-year-old New Mexico boy didn’t know quite how because of the darned coronavirus. His …

10 Ways to Call Something Russian Disinformation Without Evidence

The principles of American Newspeak, vol. 1

Journeyman will appreciate this one 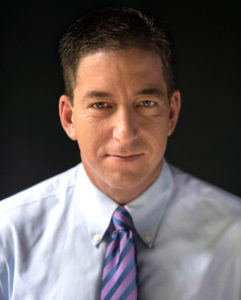 good piece from ian welsh on the glenn greenwald resignation

10 Ways to Call Something Russian Disinformation Without Evidence

The principles of American Newspeak, vol. 1

The ''all the hallmarks'' and innuendo of Russian collusion continues the outright lies and depravity of the retired spooks and MSM. I've watched the videos of the Hunter Biden doppelganger and sure as hell looks like Russian propaganda and misinformation to me not. Obama as you know didn't want Biden for president and there was good reason for that.

As Jim Biden said, all the needed to do was play the plausible deniability card and the hacks would come to heel and spin for them. If Biden gets in, it will all be erased, but the compromised president won't be.

This spoke to me and my experiences with ‘spirits’: 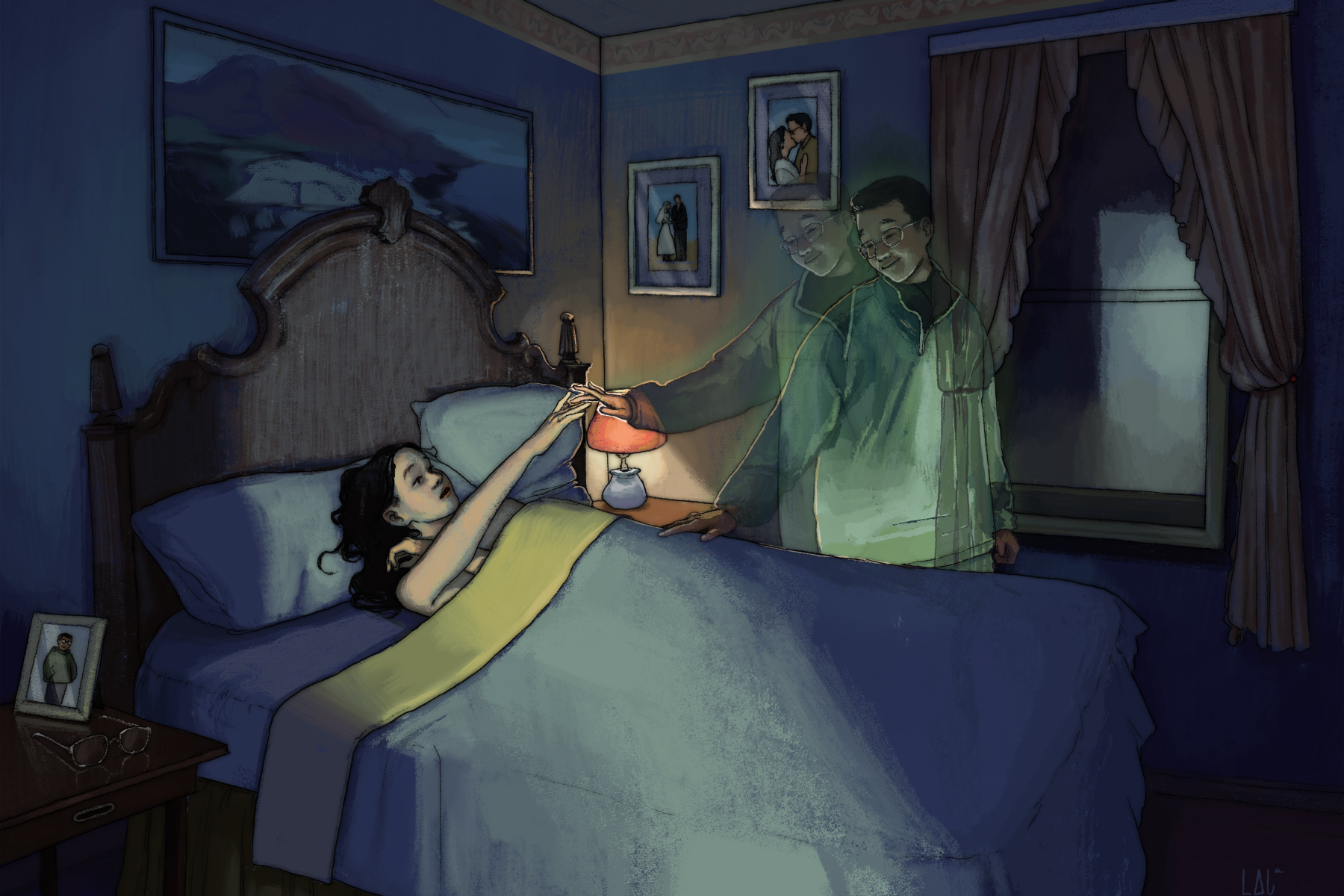 Why Do We See Dead People? | The Walrus

Humans have always sensed the ghosts of loved ones. It’s only in the last century that we convinced ourselves this was a problem

Dropbear said:
This spoke to me and my experiences with ‘spirits’:

Why Do We See Dead People? | The Walrus

Humans have always sensed the ghosts of loved ones. It’s only in the last century that we convinced ourselves this was a problem

Such paranormal and parapsychological experiences and phenomena are far more wide spread and experienced then you might think.

Personally, I've not had such an experience with deceased relatives. But I always keep my receptors open to a whiff of the weird. Over the years I've had a number of synchronicity experiences and premonition events. 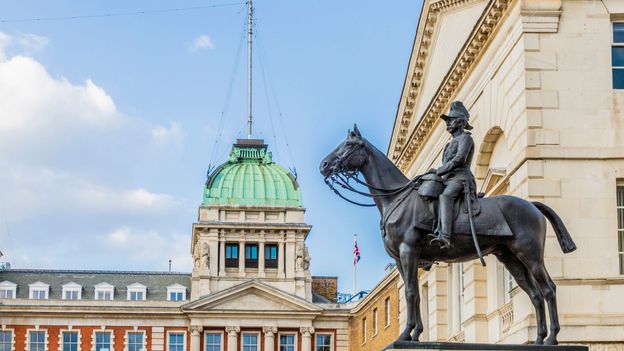 The truth about British stoicism

Brits, according to many outsiders, are reserved, repressed, resilient, unemotional and self-controlled. But how did the “stiff upper lip” become so closely associated with Britain?
www.bbc.com

"'Did you see Boris’ speech last night?' he eventually murmured. I nodded.

'Bloody Covid,' he said, in a way one might complain about noisy children. He gave a slight shake of the head – more in mild irritation that anything else – before draining his tea and standing up. 'Oh well, better crack on.' With a brief nod in my direction, he disappeared through the grand archway and into the covered Victorian-era market.