That must be a painful walk back for some of them.

Dr. Oz said in the debate tonight that abortion should be between a woman, her doctor and local government officials at the state level.

But, Fetterman is a veg.

Thruth said:
But, Fetterman is a veg.
Click to expand...

he's a vegetable or a vegetarian? 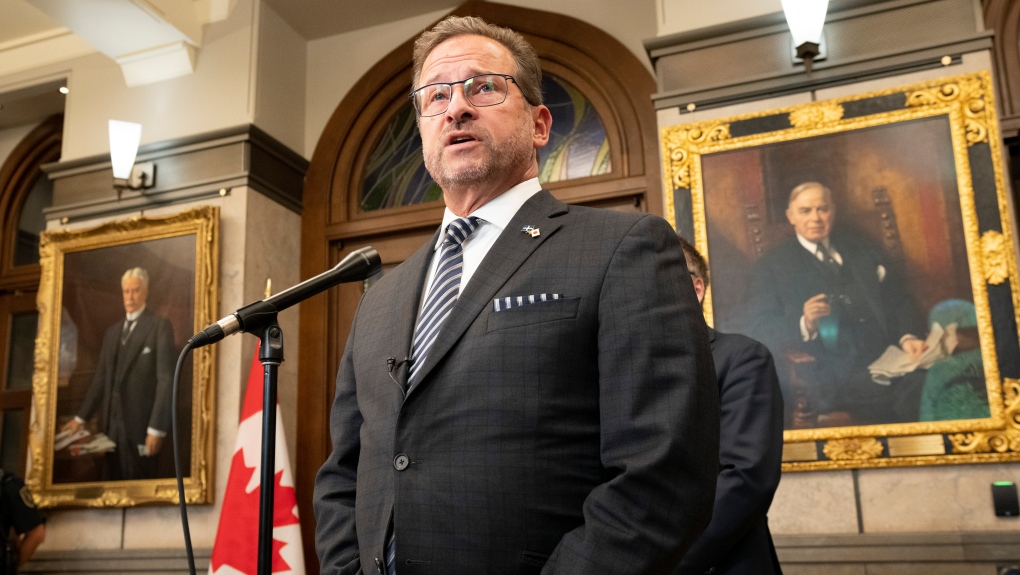 Fwiffo this is a total chad move by the quebecers.

Fwiffo this is a total chad move by the quebecers.
Click to expand...

There are two things being discussed here.

"But abolishing the monarchy and turning Canada into a republic is not that complex, Taillon argued. He said the easy way would be to cut the cord that makes the governor general a representative of the King."

This is a load of bollocks. The House of Commons, Senate and all 10 provinces need to support the motion to abolish the monarchy and more importantly, replace it with an alternative system which will likely go to the people for a referendum. This wouldn't happen in this day and age. We can't even agree on federally subsidized money for provinces to spend as they wish on early child care much less something as momentous as this.

This isn't Barbados where they implement a republican system overnight by taking the Governor General and rename it President without any vote or checks and balances giving the new President a next term to govern without any accountability to the people. 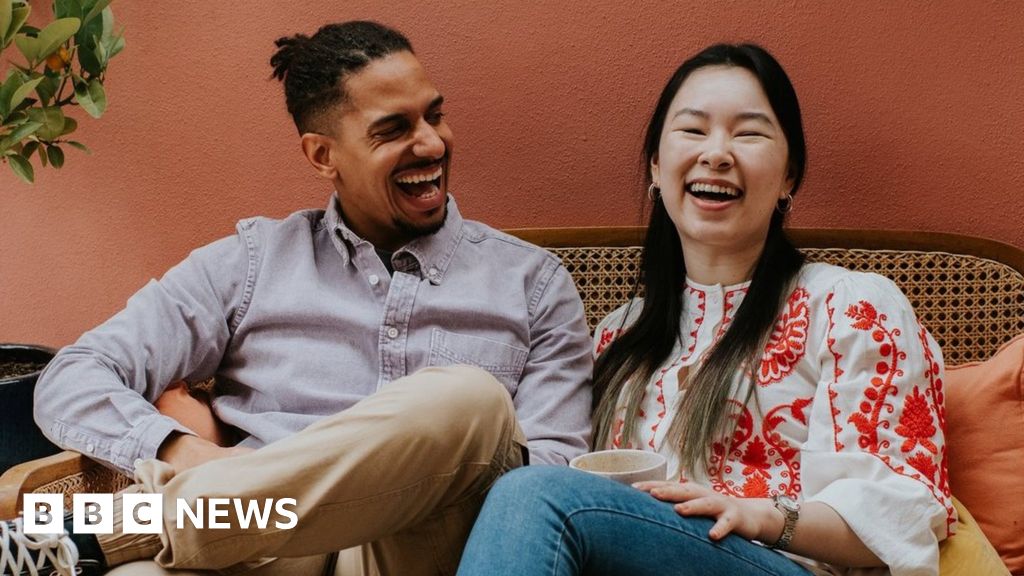 Politics increasingly a deal-breaker on US dating scene

With midterm elections looming, singles yearn more than ever to meet their ideological soulmate.
www.bbc.com

"'The first person I dated after my divorce seemed like a great guy,' Ms Hammontree recalled. 'And then I found out he was a freaking Democrat!'
They dated for three months, but broke up one month before the November 2020 presidential election. 'I couldn't stand it any longer,' she said. 'I really liked the guy. But I just don't feel like a relationship can go very far without those same [political] views.' Now, she checks voter registrations on Google before dates - just to make sure she's not going to be dining with a Democrat."

I wonder who I end up with given my politics.

"'We'd be getting along great and then politics would come up and it was clear it just wasn't going to work out,' she said.

She eventually married a Romanian."

Romanians are clearly the bastion of liberalism....

For some strategists, there’s a nagging fear that polls are once again underestimating Republicans, as they did in 2020.

That Roe vs Wade and other Democratic election planks (capital D) fueled the election. Maybe not. 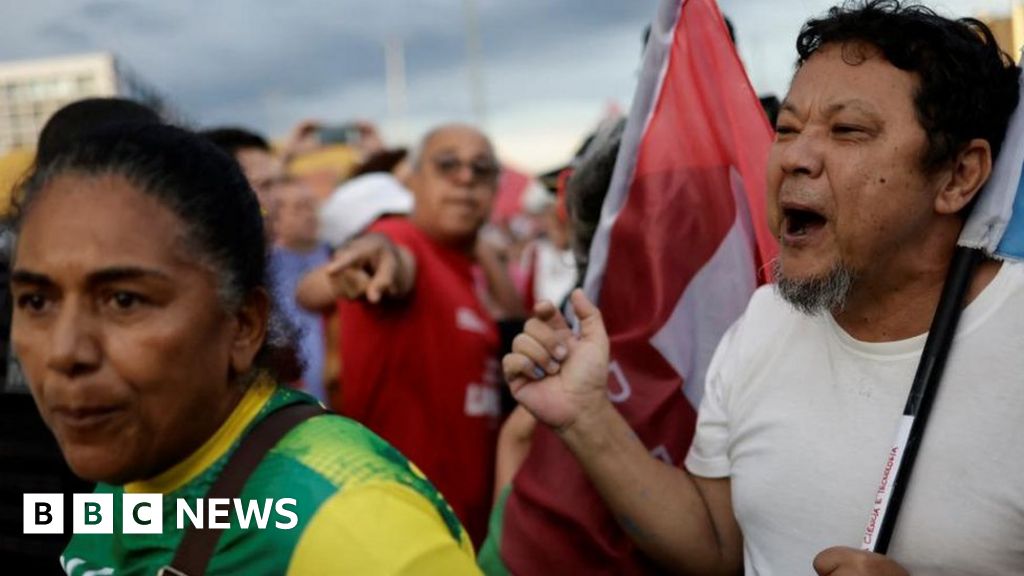 "The latest Datafolha poll showed Lula with 53% of valid votes and Bolsonaro with 47%."

Only behind by six points in this round. 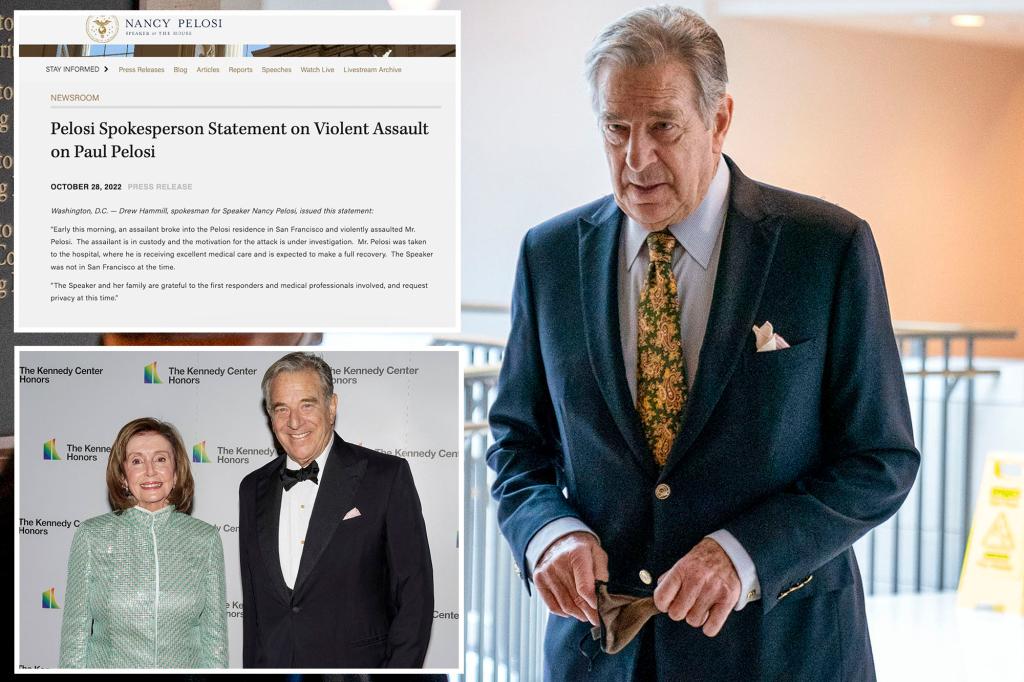 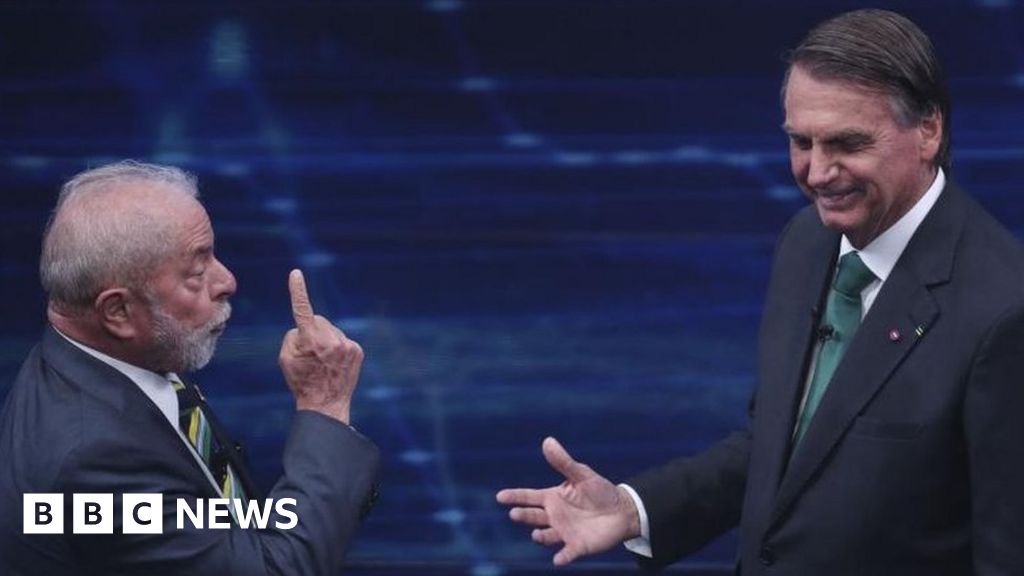 Brazil's Bolsonaro and Lula battle it out for top job

Brazilians on both sides of the political divide say they are anxious ahead of the deciding vote.
www.bbc.com

So important my Brazilian coworker ran back to his country with a few days of travel buffer in case of cancellations to cast his vote. 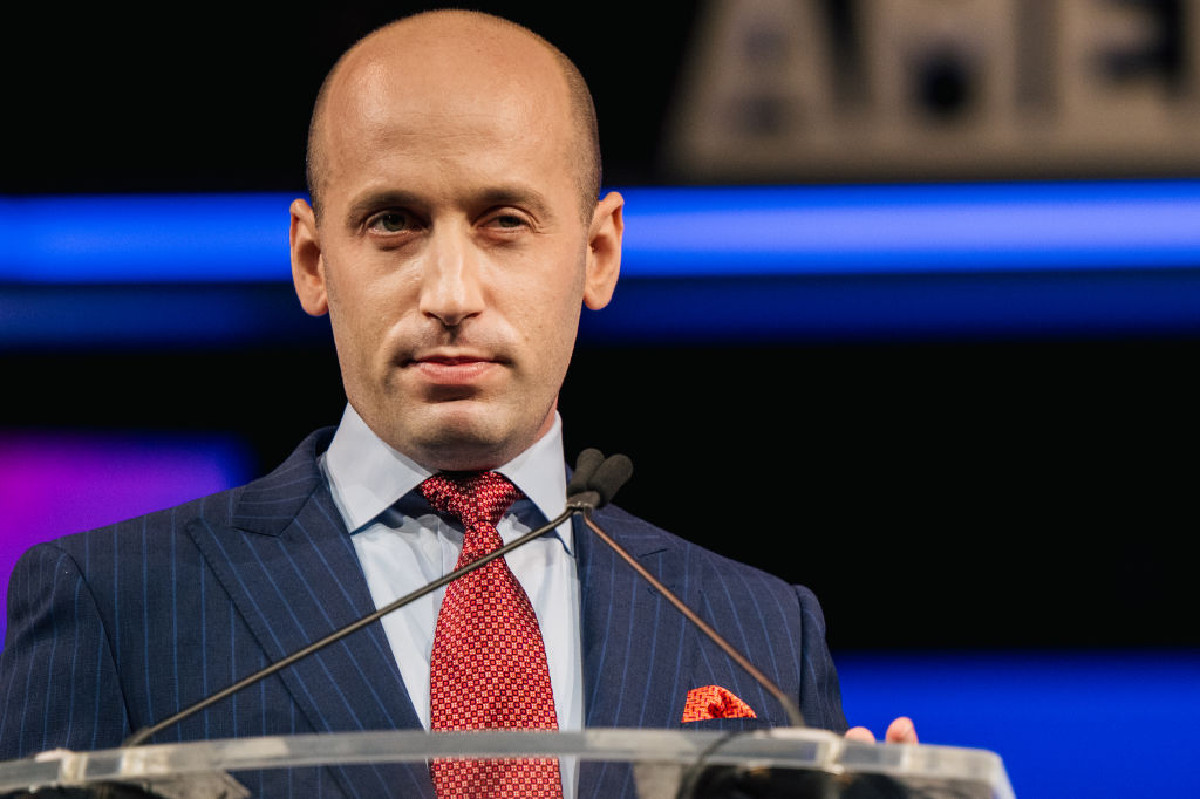 The ad, a recording of which was obtained by POLITICO, is running in Georgia.

Lula Da Silva Projected to be Elected President of Brazil

Surprised they declared it on the night. One percent and a bit these days usually mean recounts and let’s wait for mail in ballots.

Social media. The dumbing down of the WORLD! 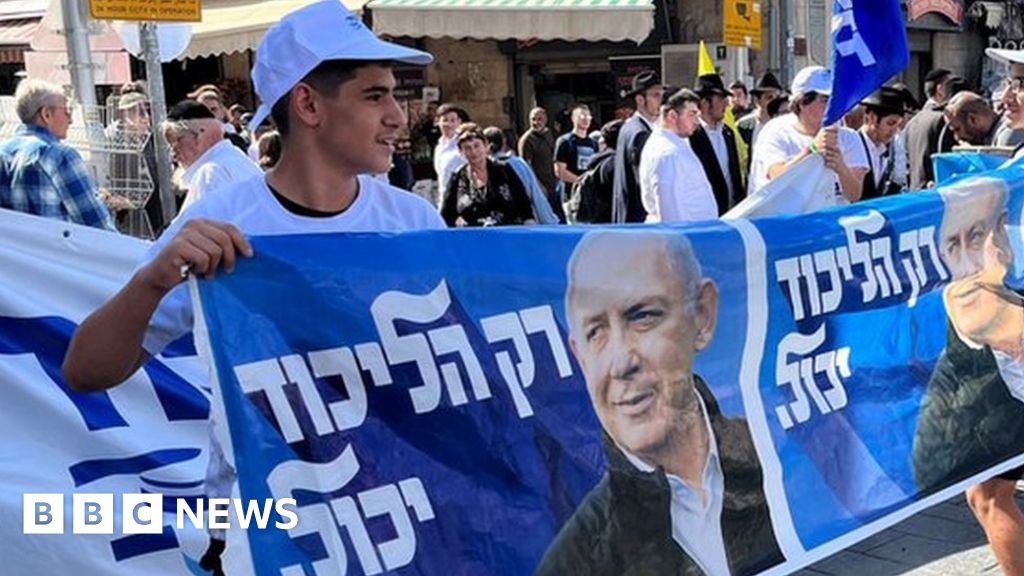 The controversial former prime minister could return to power, as opponents try to block him.
www.bbc.com

Bibi is back. Unlike the guy in Brazil, he's just indicted, not convicted and not sitting in jail.

ter1413 said:
Social media. The dumbing down of the WORLD!
Click to expand...

But what were these people like at a dinner conversation 25 years ago? Inert lumps of coal?

One week from Election Day, the battle for Senate control is 'a jump ball'

Polls and early voting trends paint a murky picture. Republicans need to gain just one seat to win a majority, with Pennsylvania, Georgia and Nevada at the center of the fight.

"So why do the surveys also show Republican Senate candidates struggling? How Tucson, Arizona is facing up to a megadrought

As the south-western United States faces the worst drought in more than a millennium, a city on the banks of a dry riverbed may have answers for gleaning water from the desert. 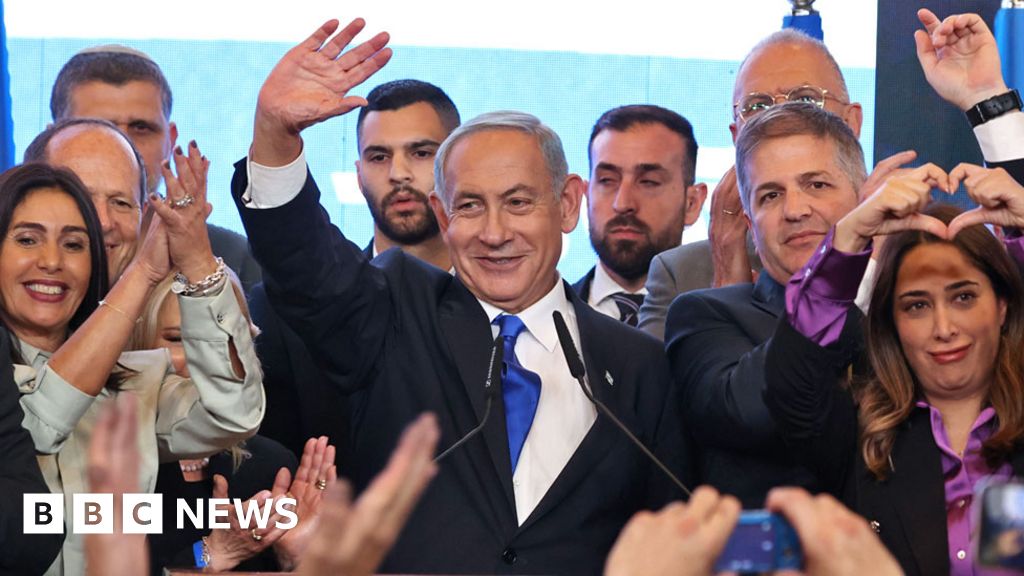 The former PM's bloc is on course to win a majority in parliament, partial election results show.
www.bbc.com 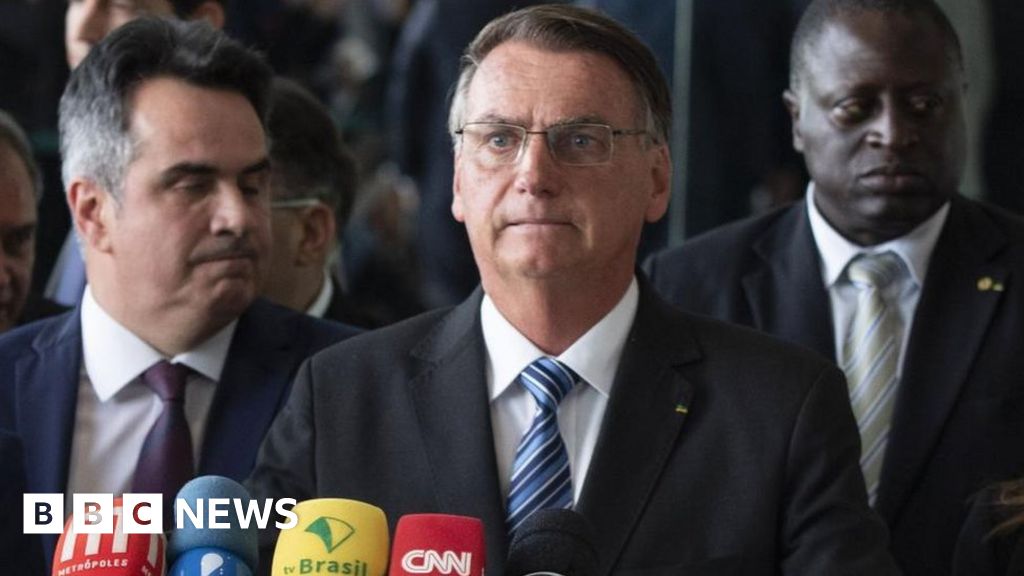 He neither acknowledges defeat nor congratulates Lula but vows to comply with Brazil's constitution.
www.bbc.com

"Brazil's far-right president, Jair Bolsonaro, has broken the silence he had maintained since being defeated in Sunday's presidential election.

He thanked voters who had cast their ballots for him but did not acknowledge defeat.

But he did not contest the result either, as some had feared he would."

...so he's in political purgatory?

I'm guessing his administration's people are co-operating so they don't get sued and put on trials. 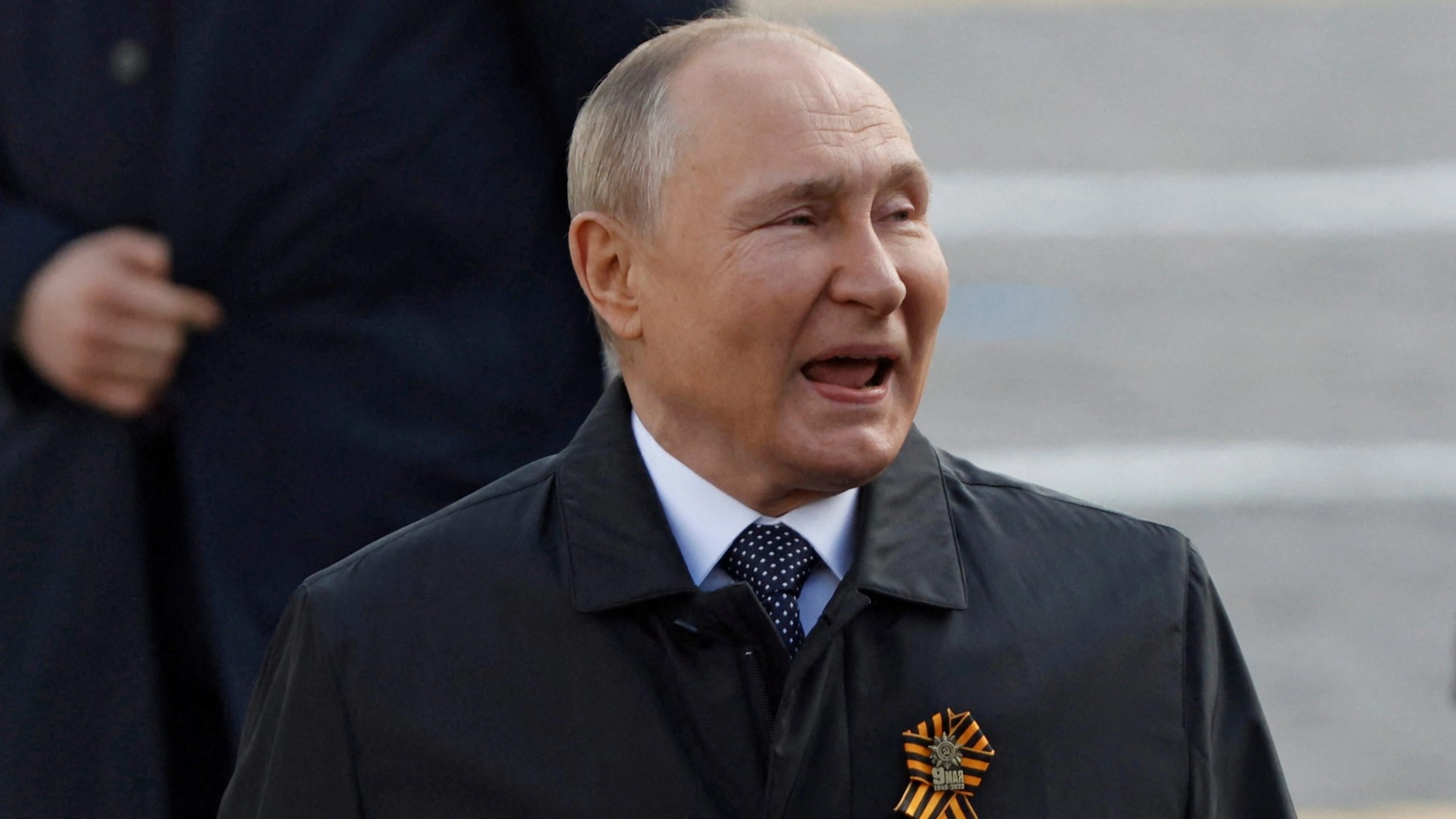 Fwiffo this is a total chad move by the quebecers.
Click to expand...

It is a predictable political ploy and meaningless. We cannot become a republic without constitutional reform and opening up the constitution is like opening Pandora's box; all kinds of old ghosts also come out.

The process would require a mandate via a national referendum. It requires approval by both parliament and the senate. Then all 10 provincial legislatures must support it.

If Canadians did desire to break with the monarchy, it would not be a US style-republic. I'd be happy with a parliamentary republic which replaces the Queen of Canada with a non-royal president, e.g., converting the Governor General to a President like Barbados did, which preserves the Westminster parliamentary model. 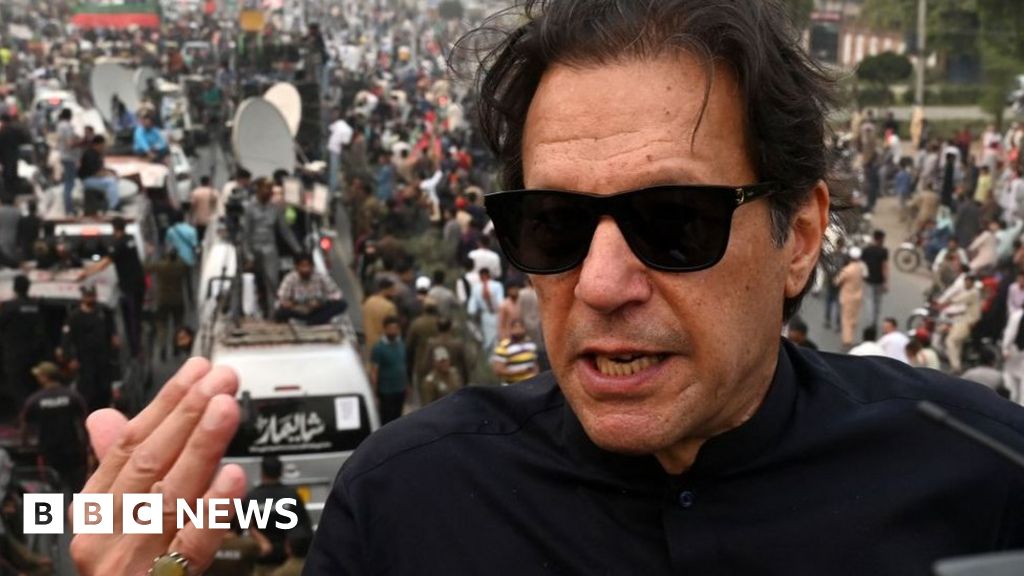 Imran Khan: Shock and condemnation over attack on Pakistan ex-PM

Let's make a martyr out of him. 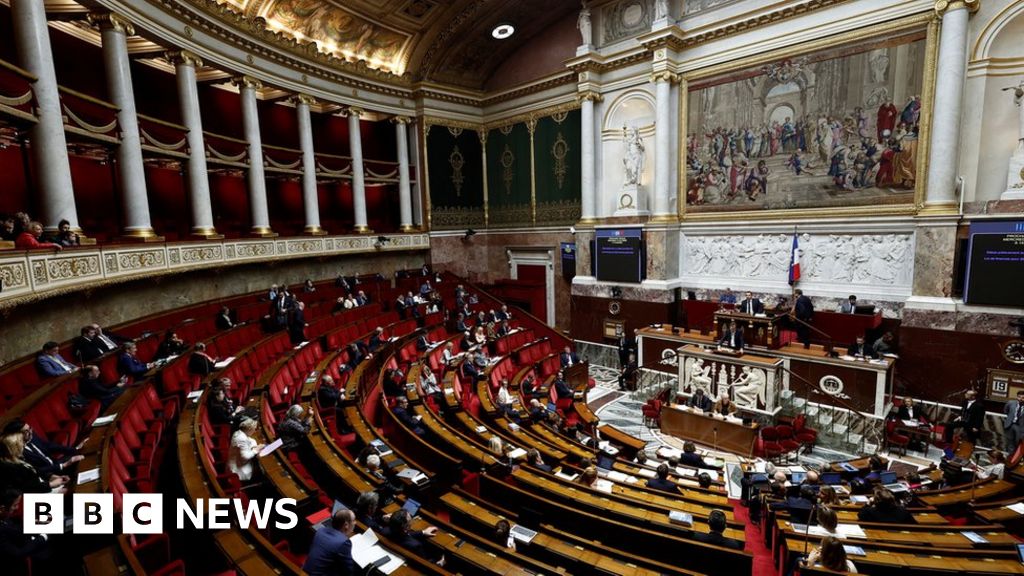 French parliament halted as MP shouts 'go back to Africa'

A member of the far-right National Rally made the remark as a black MP talked about immigration.
www.bbc.com

Scoring high on the diversity, equity and inclusion there. 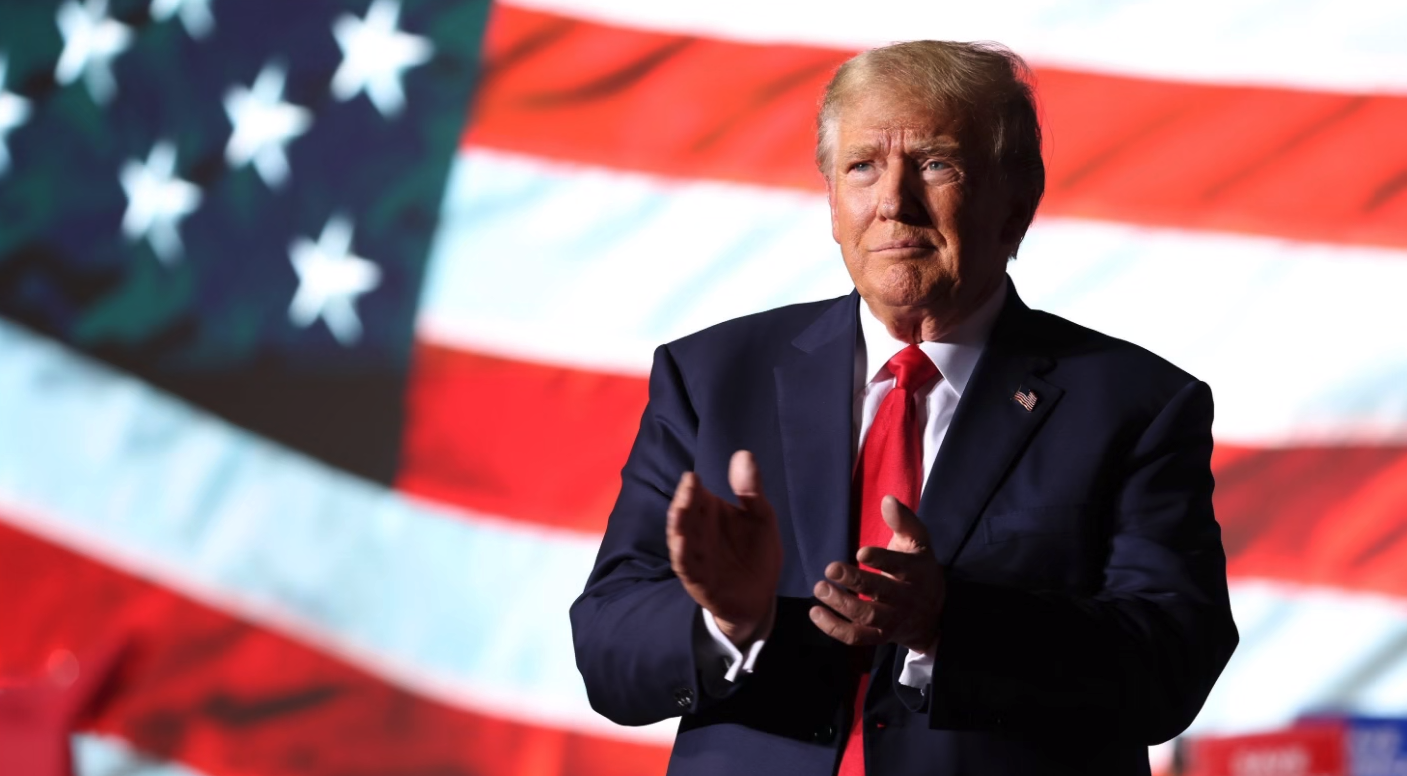 According to three individuals acquainted with the somewhat secret conversations, the inner circle of former President Trump is considering making the formal declaration of the start of a 2024 pres… 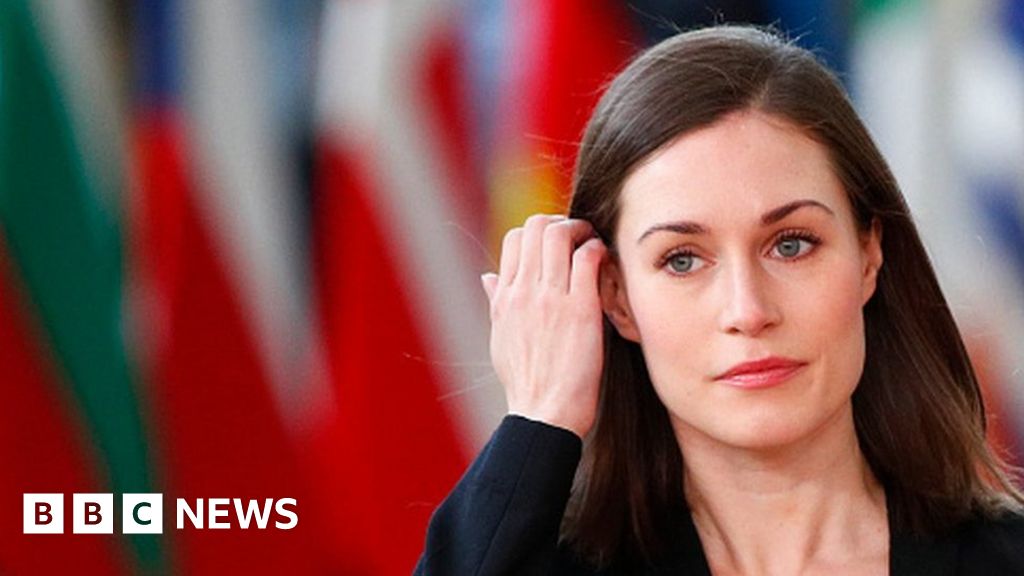 An official inquiry concludes that she did not neglect her duties as prime minister.
www.bbc.com

All is well now with the world. 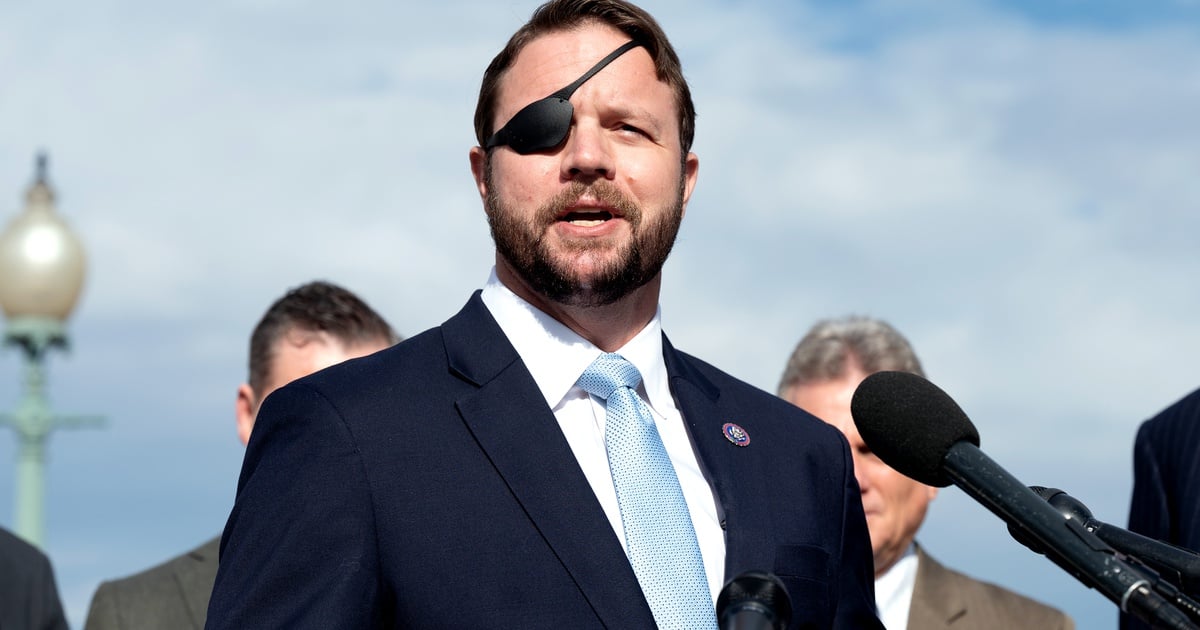 The representative from Houston said fellow Republicans admitted behind closed doors that the 2020 election wasn’t stolen, and he warned that such messaging could dangerously mislead voters.

good things going on in brazil 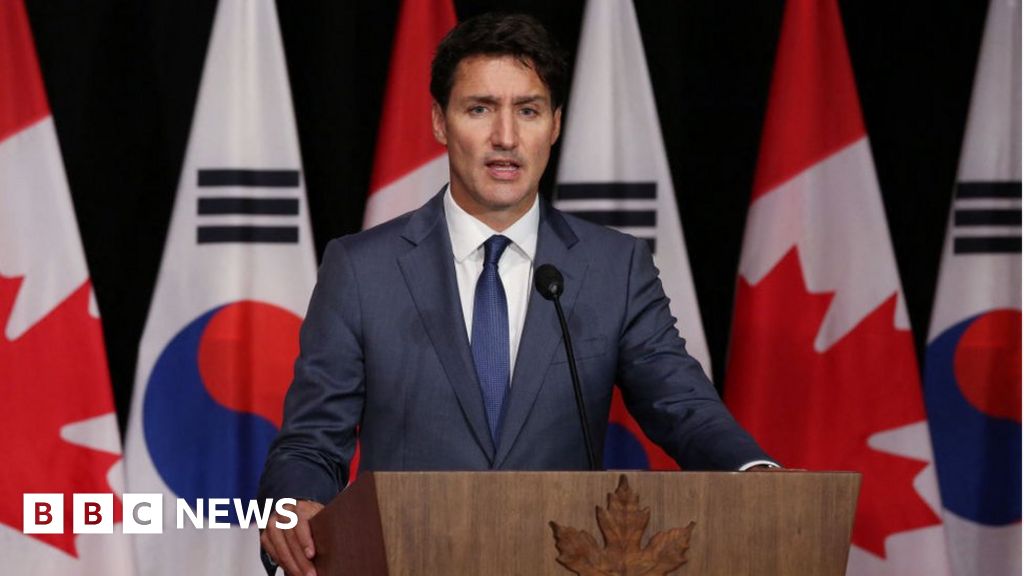 It follows reports that Canada has identified 11 Beijing-funded candidates at the 2019 elections.
www.bbc.com

What can you do? Ban Chinese volunteers in MP campaign offices? Freeze the funds used to funnel money into campaigns from the Chinese consulate?


good things going on in brazil
Click to expand...

"Other demonstrations that are taking place throughout Brazil in squares... are part of the democratic game. They are welcome,"

I was telling someone here about Aus politics and gave the example of the Sex Party. I then had to do some googling to see what happened to them - weird that they merged with the bicycle party but cool that they are still around and holding some state seats. 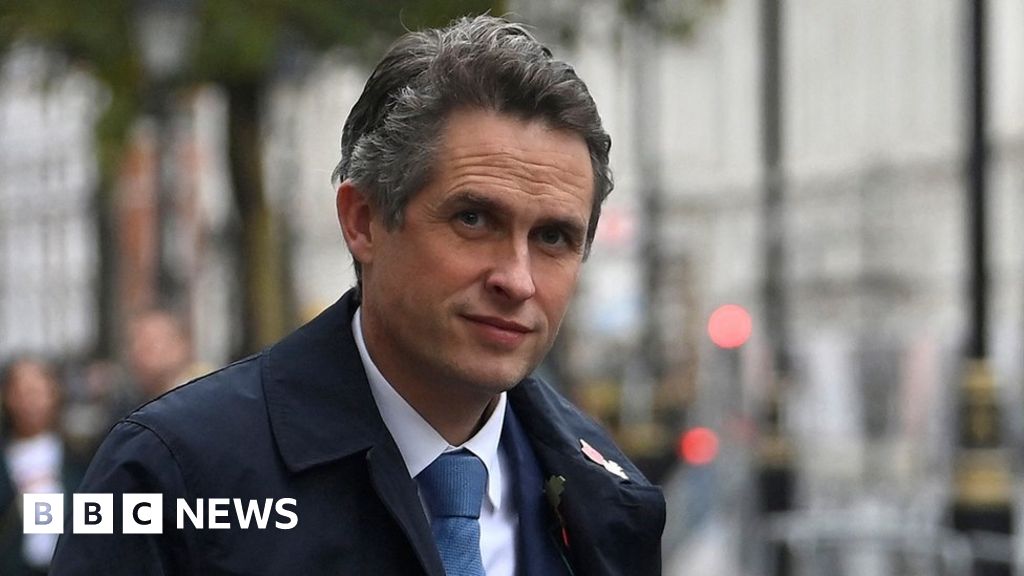 Sir Gavin is facing investigations into his conduct, but the MP insists he will clear his name.
www.bbc.com

Lindsey Graham on midterms: ‘Definitely not a Republican wave, that is for darn sure’

Back to bed for me. Of note, Herschel Walker is ahead. JD Vance won. Dropbear continues to have the same boss.

Trump's DiSantis diss + no red wave + the underperformance of his endorsees = erosion of Trump voter support for his brand of leadership. Wait for the polling and see how many Trump voters want him to shut the fuck up and how many will obviously vote a Republican ticket with Trump but would vote for DiSantis in a primary.

Brains are melting because they can't rationalize Trump shitting on a Republican's Republican.

This occurred to me in the OR today. So I say to the room, in hospital slang, gorked means being brain dead, right? Dr. Oz is a physician, and would know this term. So I'm thinking he is extra butt hurt because the Doc lost to the semi-gorked guy in a Carhartt hoodie. A fucking gork! That got a chuckle from the crowd.

Sir Gavin is facing investigations into his conduct, but the MP insists he will clear his name.
www.bbc.com
Click to expand...