The War in the Ukraine 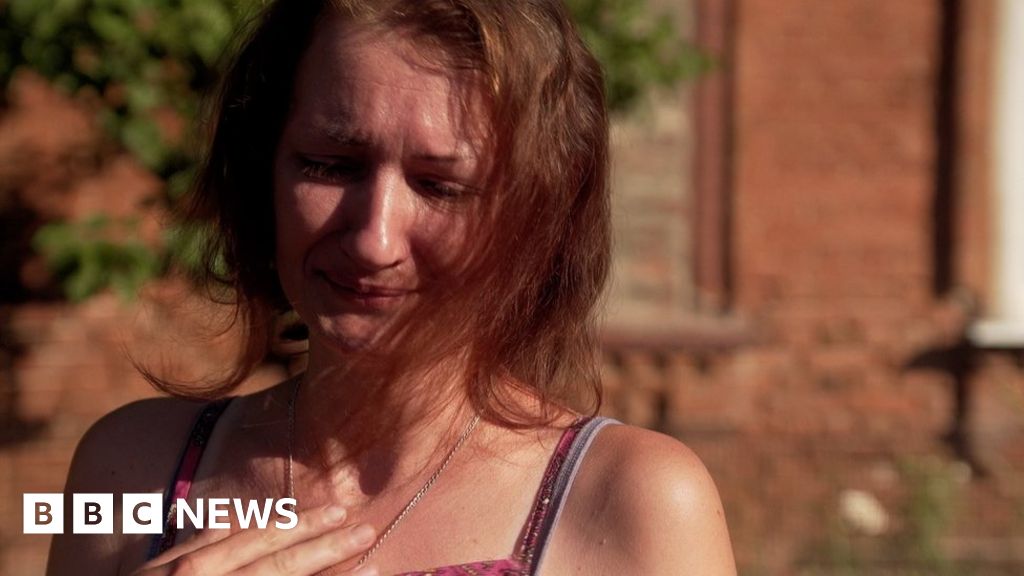 Inhabitants of the war-torn city take their last chance to flee their homes as the Russians close in.
www.bbc.com

Russians are 2km outside of Lysychansk - not severodonetsk. The next one.

The Kremlin’s forces have achieved a “tactical breakthrough” near Lysychansk, capturing settlements that could lead to the encirclement of Ukrainian troops in the area.

Never mind evacuating civilians out of Lysychansk but I'm surprised Ukrainian soldiers are heading into Lysychansk. It seems pretty much a lost cause now.

“The reality is different from the official comments,” said Luiza Dorner, whose husband is fighting in the Donbas. “Every day has a high price.”

“'I am ready to protest,' said Viktoriia Bilan-Rashchuk, 43, of Kyiv, whose husband, Volodymyr, a theater actor with no previous military experience, is fighting on the eastern front line in Sievierodonetsk. Last month, she said, she raised money to send his unit protective headphones — standard military equipment used to prevent hearing loss for soldiers firing off rocket systems."

"Luiza Dorner, 25, of Kyiv, whose husband is fighting in the Donbas region, said statements from Zelenskyy and other government officials have started to ring hollow. When she talks to her husband on the phone, she said, she can hear the fear and exhaustion in his voice.

Svitlana Lukianenko, whose husband worked in information technology before the war but is now fighting near Sievierodonetsk, worries the Ukrainian military is not replacing the dead and injured soldiers fast enough, leaving her husband at greater risk with each passing day.

Igor Khort, who is in charge of training for the Territorial Defense Force, the volunteer unit of the Ukrainian army, said they only have the capacity to train roughly 120 people each week in Kyiv, the capital and largest city. New soldiers get just five days of training before being sent to the battlefield, he said."

"Olena Zhabyak-Sheremet, 52, said her husband joined the force when the war started under the impression he would serve in the Lviv area working at checkpoints. But at the beginning of April, he was told to pack his bag to head east. If he refused, she said, commanders threatened to label him a deserter. She has not seen him since.

'No one even taught him how to shoot,' she said. 'Out of the blue, he was sent into the thick of it.'" 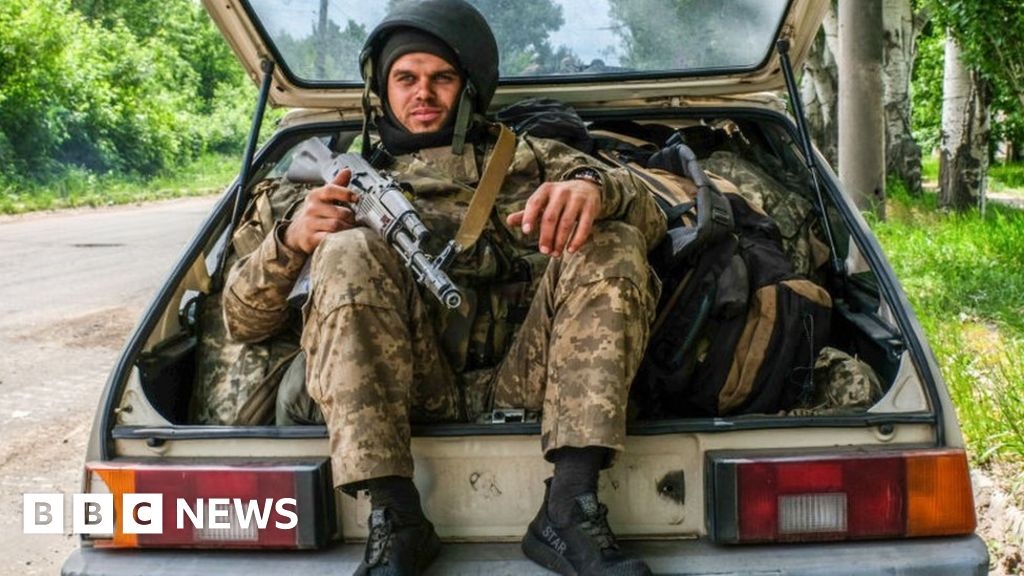 Severodonetsk is the current focus of Russia as it tries to take control of eastern Ukraine.
www.bbc.com

The retreat from Luhansk has begun. 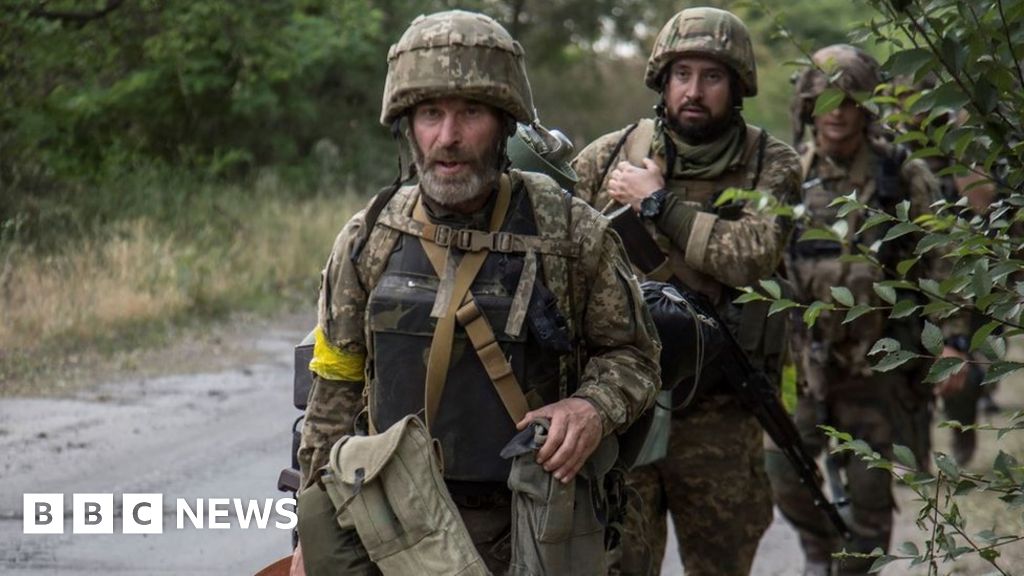 The mayor of the eastern city says Russian troops are in control after Ukrainian forces withdrew.
www.bbc.com

“Pro-Russian rebels allied with the Russian army say they have moved into parts of Lysychansk, the city facing Severodonetsk across the Siversky Donets river. But Ukrainian officials have not confirmed that.”

Given Bakhmut was already under pressure where will the new front line be…Sloviansk. Kramatorsk.

Russia Is Running Out Of [Whatever The Media Claim]​

The main stream media have no problem with contradicting their own reporting: 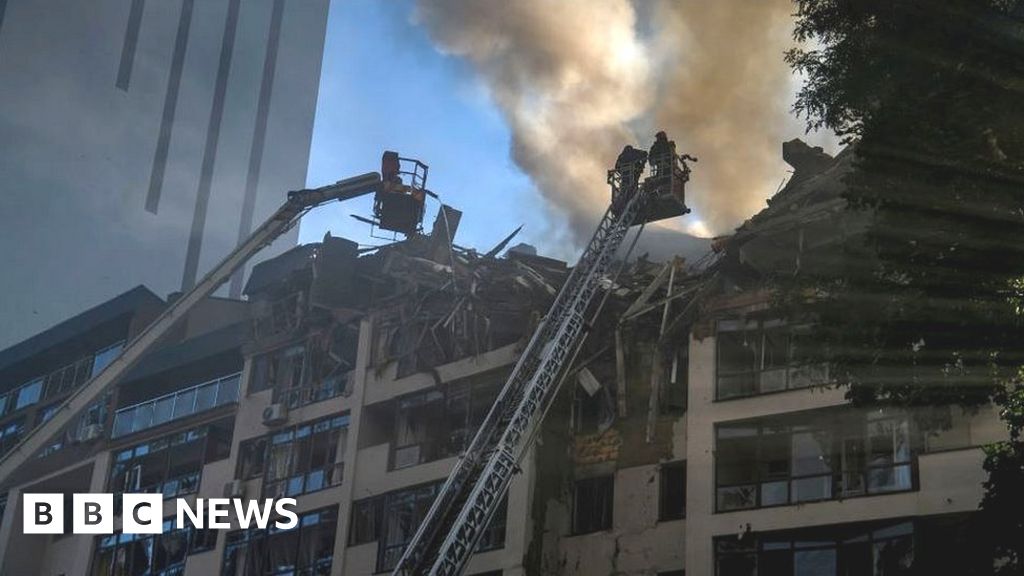 No meetings. No missiles.

Russia Is Running Out Of [Whatever The Media Claim]​

The main stream media have no problem with contradicting their own reporting:

I believe Russia running out of Russians may be the most concerning for Russia. Everything else they have China, India and the former republics to lean on.

Echoing a few posts I made in this thread for the past month.

Fwiffo said:
I believe Russia running out of Russians may be the most concerning for Russia. Everything else they have China, India and the former republics to lean on.
Click to expand...

Putin is engaged in a long play - cancer and other ailments permitting - he's not answerable to anyone and isn't constrained by unacceptable casualty numbers. He may yet run out of generals though. Have you seen that big fat fuck they've brought out of retirement? He'll be zeroed in on rest assured of that, if only for the comic potential in blowing him up all spreading fat all over his entourage.

That was very intriguing Putin's race through the city on Saturday night. What mischief is he planning?

Fwiffo said:
I believe Russia running out of Russians may be the most concerning for Russia. Everything else they have China, India and the former republics to lean on.
Click to expand...

Man, it's their whole MO. They invented the Human Wave Attack™.

Yes, but for an ageing population that is about to walk off the demographic cliff like Italy and China it is not hopeful. Women still outnumber men (which is indicative they never recovered from WW2) and since the fall of the USSR the life expectancy for men is declining.

At least if China was facing the same challenge you could say they have an artificially large male population ...before they also walk off a demographic cliff. 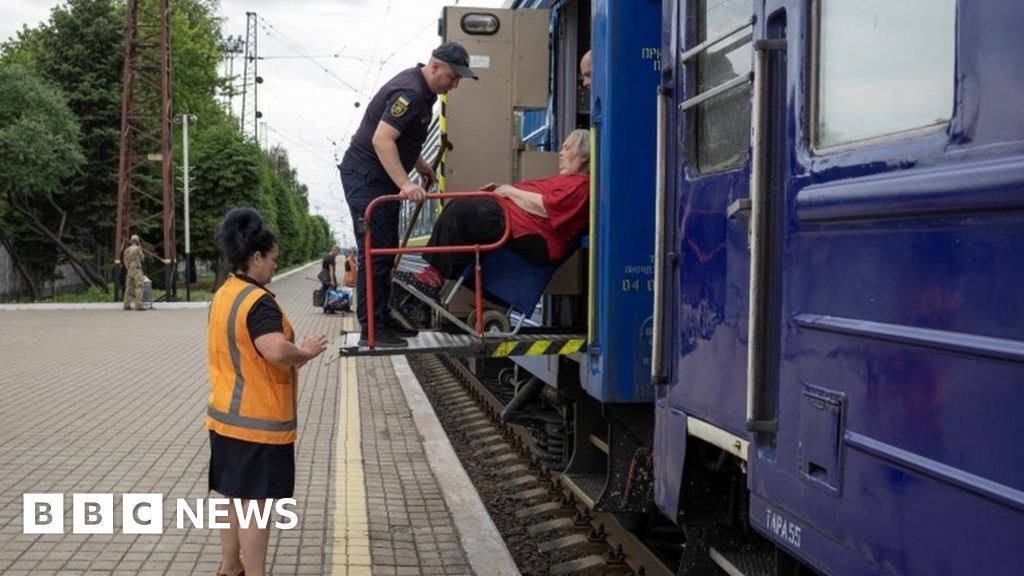 Residents of the front-line city of Lysychansk are ordered to leave as Russian forces push forward.
www.bbc.com

"Speaking to Reuters news agency after reaching safety in the town of Sloviansk, a Ukrainian soldier said to be one of the last to leave Severodonetsk described his feelings about having to retreat.

'It was a shame of course because a lot of effort was put into defending it - it went on for months,' said Danylo, 24. 'But... we're not too upset as we also want to live.'"

They did, but this time it's different, they have a certain demographic dwindling problem as we do.

Bad news from my sources and they're legit: expect severe escalation. 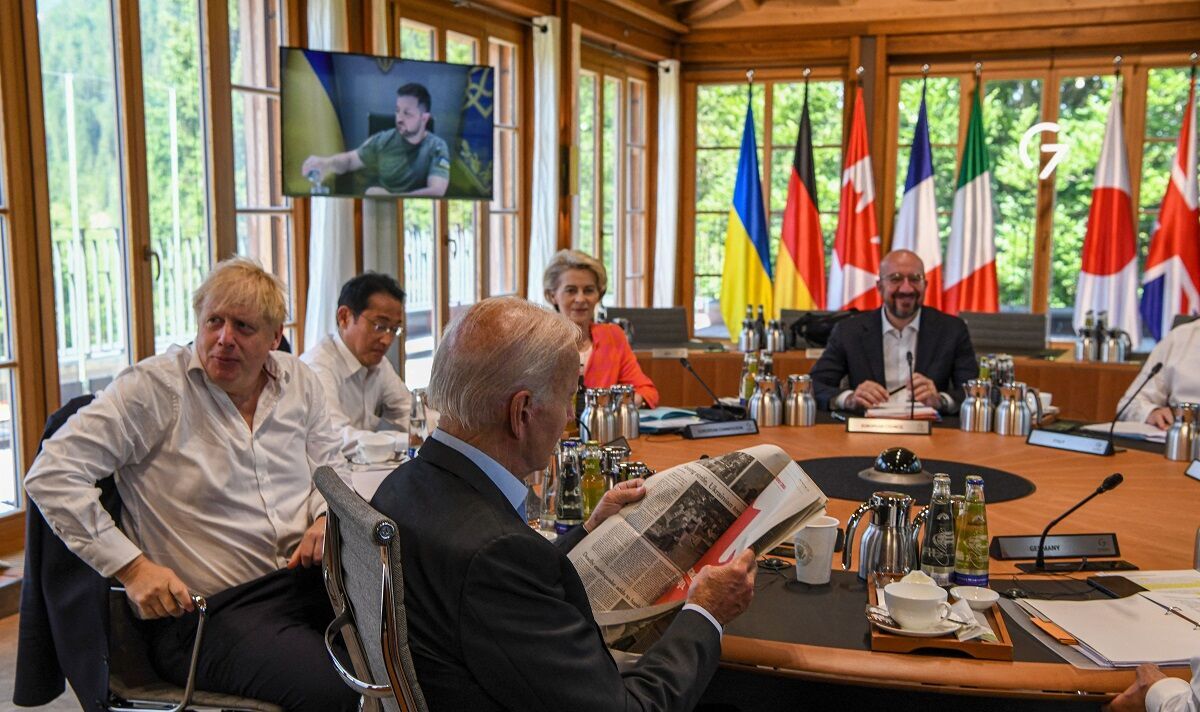 Ukrainian president Volodymyr Zelensky pleaded with world leaders to help him bring the war to an end within months.

Not sure setting a deadline for your re-conquest campaign is a good idea. 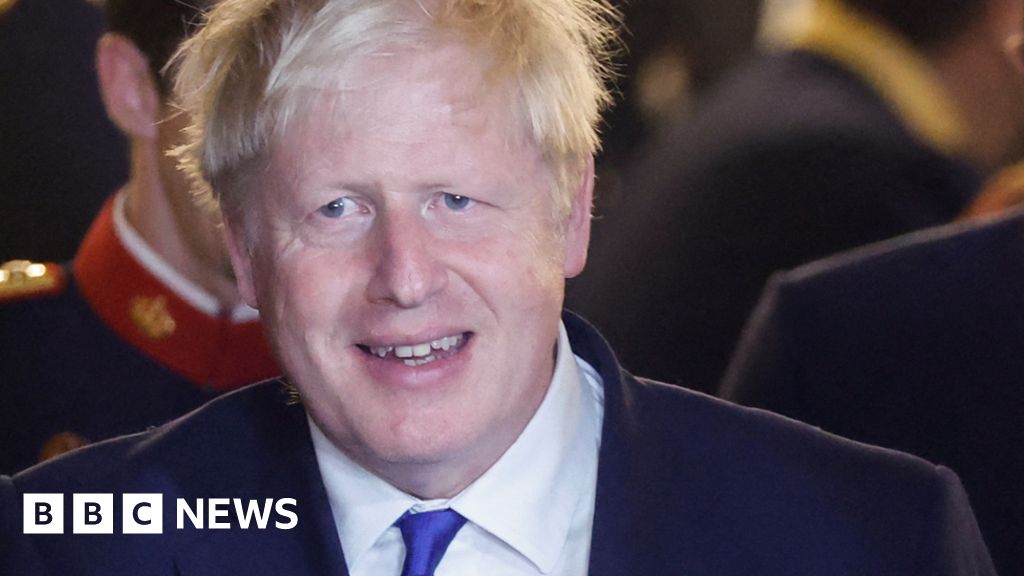 Ukraine war: Johnson says if Putin were a woman he would not have invaded

According to the 19 year old at 4:50 they were crushed at Severodonetsk

And 3:23 the remaining Lysychansk residents blame the Ukrainian government. 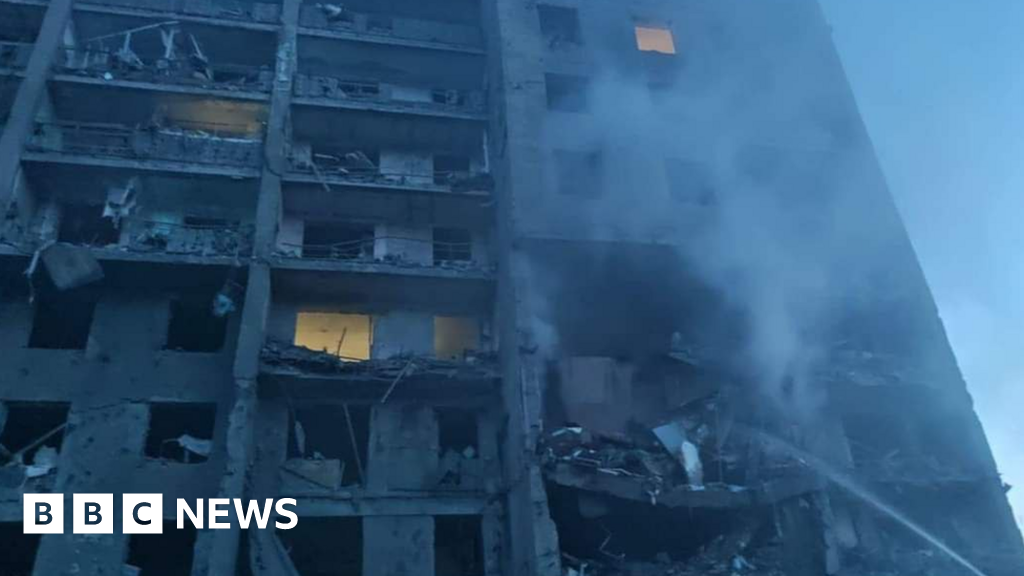 The overnight strikes hit a residential building and a recreation centre in a village, Ukraine says.
www.bbc.com

And they're banging on the door of Mykolaiv again. 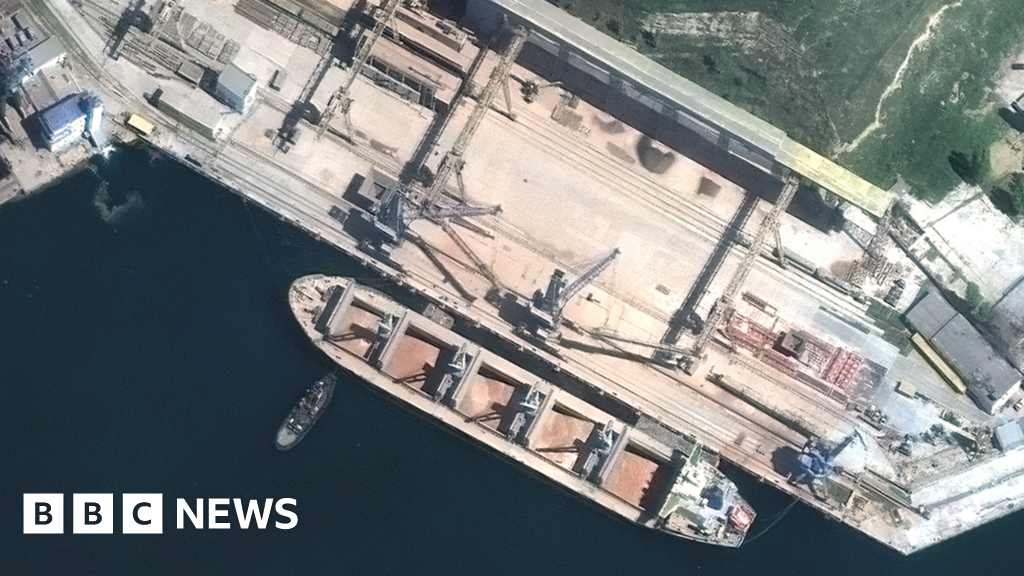 Russia is accused of thefts of vast quantities of grain from occupied Ukraine. Where is it being taken?
www.bbc.com

"Ships have then often headed on to Syria or Turkey.

Turkish Foreign Minister Mevlut Cavusoglu has said they have investigated claims about Ukrainian grain being shipped to Turkey and so far not found any evidence.